Qatar Charity Donates US$1 Million to Palestine Refugees in Gaza 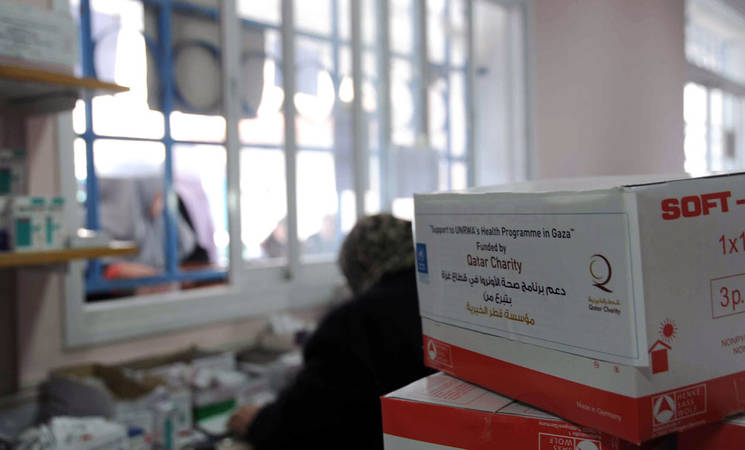 Qatar Charity and the United Nations Relief and Works Agency for Palestine Refugees in the Near East (UNRWA) have signed an agreement to support the UNRWA Health programme in Gaza. Under this agreement, worth US$ 1 million, UNRWA is procuring urgently needed medicines and physiotherapy equipment for Palestine refugees through UNRWA's network of health centers.

By securing medicines and physiotherapy equipment, this contribution will guarantee access to primary health care services for all Palestine refugees in Gaza who require medical treatment and who suffer from physical disabilities.

So far, about half of this contribution has been used to buy medicines to supply UNRWA’s central pharmacy in Gaza and other UNRWA health centres throughout the Gaza Strip. During his visit to UNRWA on 26 December 2013, Eng. Mohammed Abu Haloub, Deputy Director of Qatar Charity in Gaza said, “Qatar Charity is committed to support the needs of Palestine refugees through UNRWA;.” He added, “ We have to express our deep thanks and gratitude to all people who trust Qatar Charity, particularly those who have invested in our humanitarian assistant programs and responded to Qatar Charity appeals with donations.”

Mr Peter Ford, Representative of the Commissioner-General of UNRWA, said, “This generous donation comes at the most opportune time, given the ongoing humanitarian crisis in Gaza, exacerbated by the cold wave that recently hit the Middle East. We are thankful to Qatar Charity and to the people of Qatar for their steadfast commitment to helping Palestine Refugees, and we are looking forward to strengthening our partnership with Qatar Charity.“