Home » Newsroom » Press Releases » Rebuilding the Community Together. UNRWA and Germany announce a new contribution of EUR 21 million for further reconstruction of NBC
Back to Newsroom

Rebuilding the Community Together. UNRWA and Germany announce a new contribution of EUR 21 million for further reconstruction of NBC 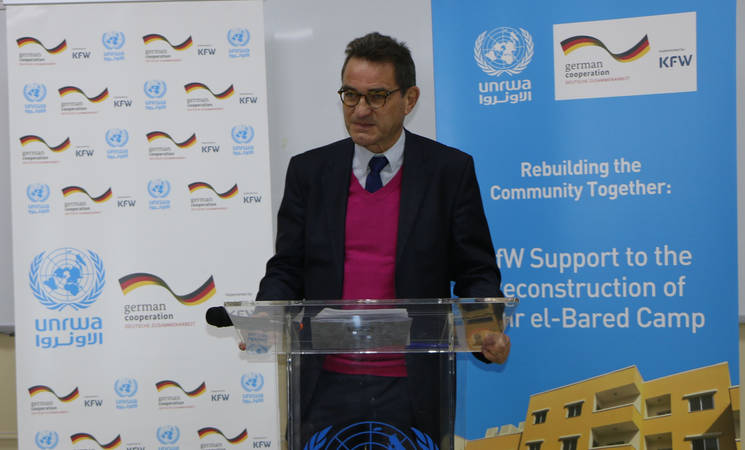 Today, the German Embassy, the German Development Bank (KfW) and the United Nations Relief and Works Agency for Palestine Refugees in the Near East (UNRWA) held a ceremony in Nahr el-Bared camp to announce a new EUR 21 million contribution from Germany for the reconstruction of Nahr el-Bared refugee camp (NBC).

This contribution highlights the longstanding support of the Government of Germany to UNRWA and Palestine refugees displaced from Nahr el-Bared following the 2007 crisis. The new commitment brings the overall support of Germany for the reconstruction of NBC up to US$ 52 million. With this contribution, Germany is the third biggest donor for the reconstruction of NBC.

The Government of Germany’s new contribution brings down the NBC shortfall of US$ 90 million to some US$ 66 million and will enable the dignified return of approximately 435 Palestine refugee families (1,877 residents) to NBC and help reconstruct 101 shops over two years.

So far, 2,788 families (11,465 residents) have been able to return to their newly reconstructed homes in Nahr el-Bared and 824 reconstructed shops were received by traders thanks to multi-donor contributions.

“Losing your home must be one of the worst experiences in life. Germany wants to build a better future for all people affected by the conflict in NBC. Therefore we not only invest into the reconstruction of shelters but also into shops and small companies to stimulate the local economy. The closing of the remaining funding gap for the reconstruction remains a priority for Germany. We will also encourage other donors to increase their contributions.” Ambassador Dr. Georg Birgelen said.

Mr. Cordone said: “We are extremely grateful for the generous support from Germany to the NBC camp reconstruction and to UNRWA in general. The reconstruction of NBC remains a top priority for the Agency in 2019. With this new donation, the remaining shortfall becomes US$ 66 million and we hope to be able to mobilize the funds required to complete the reconstruction. The suffering of the people has lasted too long”.

One of the beneficiaries Mohammad Sweidan said: “After eleven long years, during which we suffered so much, we will finally be able to live in dignity in a healthy and appropriate home. We express our deepest gratitude to Germany for its support and look forward to the day when all our fellow NBC inhabitants return to their reconstructed homes.”

Germany is a key partner of UNRWA in Lebanon, providing substantial support not only to UNRWA’s core budget, but also to a number of projects, including cash-for-work, shelter rehabilitation, camp improvement, maintenance of UNRWA facilities, reconstruction of Nahr el-Bared camp, and improving environmental health in Palestine refugee camps across the country. 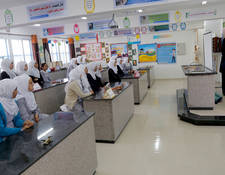 Amid Despair: Hope for Palestine Refugees in Gaza 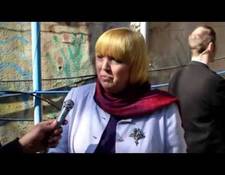