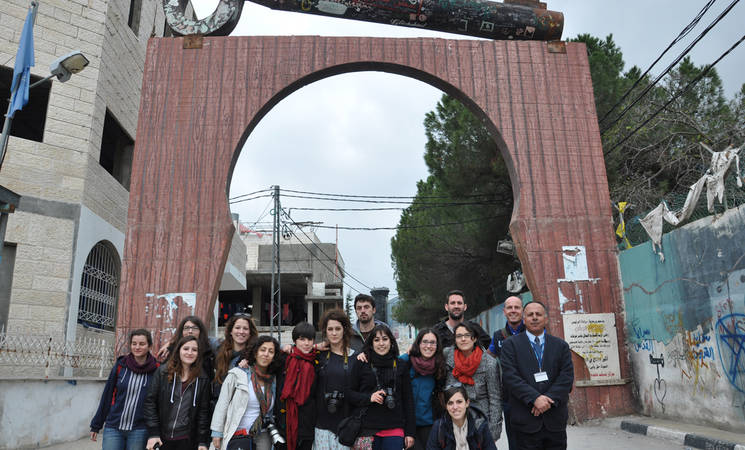 West Bank
On 18 March, a UN Relief and Works Agency (UNRWA) delegation brought over a dozen Spanish students from different Catalan universities to the Palestine refugee camp of Aida, in the West Bank. It was the first time these students had visited a refugee camp, where they saw young people like them living in extremely different conditions.
Amjad Abu Laban, Chief Area Officer for the South, welcomed the delegation in the Aida boys’ school and told them about the conditions of the camp and the services UNRWA provides for Palestine refugees. Touring Aida, the Spanish students took photos and played catch with the young refugee boys. They learned about the security threats facing all camp residents, including children and youth, for whom they pose a risk to their education.
At the Lajea Centre, the Spanish students met young Palestine refugees and listened to their stories about daily life, their challenges and their dreams. On their way home, the students stopped at the gate of the camp to take a picture with their companions, a reminder of the kinship between students and young people all over the world.