Home » Newsroom » Press Releases » Standing for the health of Palestine refugees, health care is a human right, not a privilege
Back to Newsroom

Standing for the health of Palestine refugees, health care is a human right, not a privilege 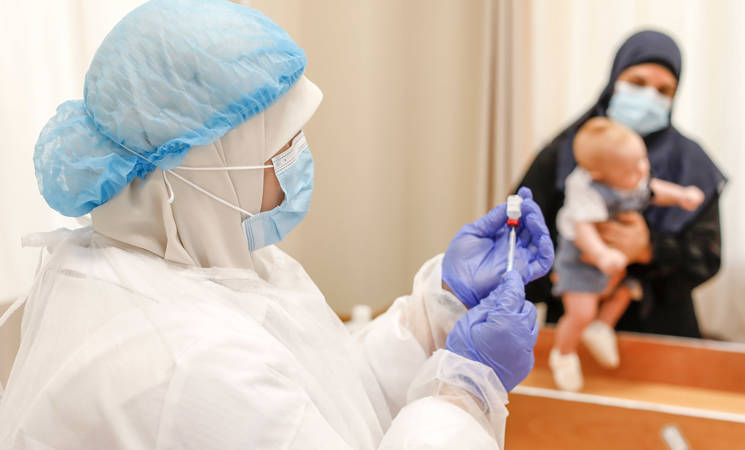 The United Nations Relief and Works Agency for Palestine Refugees in the Near East (UNRWA) has released its Health Annual Report for 2020, which provides essential data and information regarding the health situation of Palestine refugees in the Agency’s five fields of operations – Jordan, Lebanon, the West Bank, including East Jerusalem, Gaza, and Syria, as well as the work of UNRWA health programme. The emphasis of this year’s report was mainly on the adaptation of the Health Programmes activities to cope with the COVID-19 pandemic and the innovative ways implemented to efficiently keep delivering essential health services to Palestine refugees during this hard time.

The report presents the progress in the Agency’s Health Programme (HP) efforts to meet the continuously changing health needs of Palestine refugees and to overcome all challenges that face achieving health goals so that no Palestine refugee is left behind, because everyone matters. In 2020, more than three million registered Palestine refugees received health services free of charge at 141 UNRWA primary health care centres, served by about 3,000 health staff who provided some 5.8 million medical consultations.

The release of its annual report came at the end of an annual virtual event on Zoom organized by the UNRWA Health Department and The Lancet; the renown medical journal, collaborating with the World Health Organization (WHO), and other stakeholders on the margins of the 74th World Health Assembly. This is the eighth of a series of meetings that started in 2014 and used to be held in Geneva and became virtual last year due to the current COVID-19 pandemic. The theme for this webinar was “Gaza: Upholding the human crisis in Palestine.” The focus of the panel members was on the current human crisis (i.e. more than humanitarian crisis) in Palestine, with particular emphasis on Gaza, with the aim to unfold this human crisis and its impact on the health of Palestinians and Palestine refugees in Gaza and Palestine at large.

Two weeks from now, starting on 10 May, there has been a dramatic intensification in violence in the occupied Palestinian territory (oPt), including an escalation in hostilities leading to massive Israeli airstrikes on Gaza, and clashes in the West Bank, including East Jerusalem. This escalation of violence and threat of dispossession is part of the ongoing Nakba, or ‘catastrophe’ in Arabic.  Seventy-three years after more than 700,000 Palestinians became refugees following the 1948 Arab-Israeli conflict, Palestine refugees continue to suffer from the loss of their homeland and dispossession of their property, they have remained a scattered people, further displaced by conflicts, blockaded, and living under occupation, deprived of rights and fervently longing for a resolution of their exile and dispossession.

UNRWA Health Department remains committed, as it did for the past 73 years, to serving Palestine refugee health and well-being, along with fulfilling their human needs that other UNRWA programmes support.