Support from UAE for Palestine Refugees in Syria 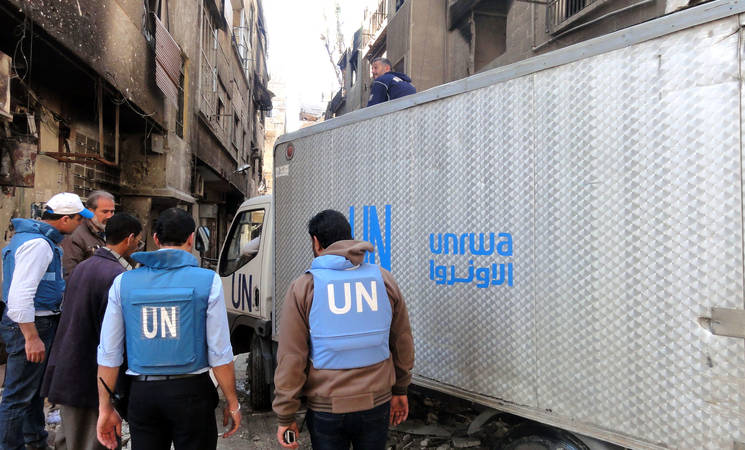 The Commissioner-General of the UN Relief and Works Agency (UNRWA), Pierre Krähenbühl, welcomed the announcement, earlier this week, of a US$ 15 million contribution from the United Arab Emirates (UAE) to support UNRWA emergency programmes in Syria.

Shaikha Lubna bint Khalid Al Qasimi, UAE Minister of International Cooperation and Development, announced on 1 April that of the total US$ 50 million UAE pledge for UN operations inside Syria, US$ 15 million was for UNRWA.

Mr. Krähenbühl said: "This generous pledge from the UAE will help UNRWA to deliver crucial assistance to the suffering people of Yarmouk and other Palestine refugee camps in Syria. We appreciate the trust that the UAE has placed in us to deliver aid inside Syria. With our 3,700 workers, we are managing to deliver assistance to almost 400,000 Palestinians in Syria.”

Reflecting on the extent of the suffering, the Commissioner-General added: “More than half of the Palestinians have been displaced, and many have lost their livelihoods. In Yarmouk, we have managed in recent days to get food in and a few sick people out, but now operations are interrupted again. We need to have consistent access and this is what we are pressing for all the time.”