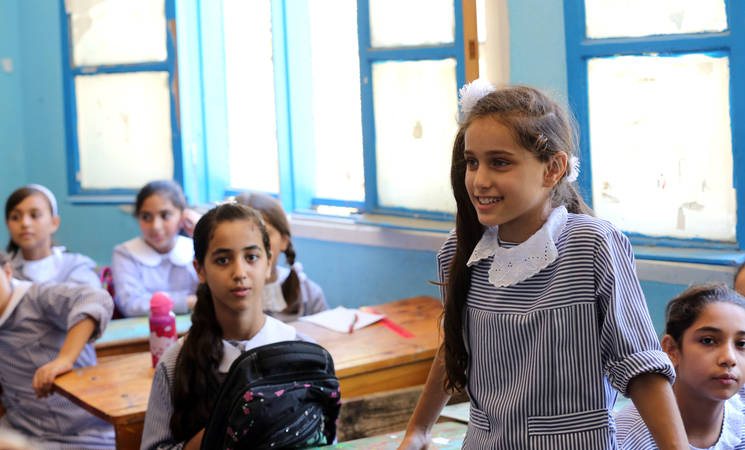 The United Arab Emirates (UAE) today announced a new US$ 15 million contribution to the United Nations Relief and Works Agency for Palestine Refugees in the Near East (UNRWA) for its education programme in Gaza.
The UAE contribution will allow UNRWA to enhance its education programme in the Gaza Strip by supporting the continued development of teaching methods and skills and by ensuring a safe learning environment for Palestine refugee children.

This contribution will also include the provision of educational materials, stationery and school bags, alleviating the financial burden that students and their families face at the beginning of every school year.

Announcing the new contribution, the UAE State Minister for International Cooperation Affairs, H.E. Reem al-Hashemi, said, “The United Arab Emirates is committed to providing support and assistance for Palestine refugees. Furthermore, our Emirates and its people believe in the importance of education in building a better future for youth, and we will continue to work with our partners at UNRWA to provide the required support to protect and advocate for the rights of children and youth to education. UNRWA is an important partner in achieving the goals that we strive for, and we look forward to enhancing our mutual efforts to support urgent humanitarian issues.”

In Gaza, UNRWA runs more than 267 schools, providing educational services to more than 263,000 Palestine refugee children through nearly 8,700 teachers, most of whom are refugees themselves. Over the past 65 years, UNRWA has run one of the largest and most successful school systems in the Middle East, despite the deterioration of the situation in the Gaza Strip, whichentered its tenth year of blockade, as well as the delay in the reconstruction process following the 2014 conflict.