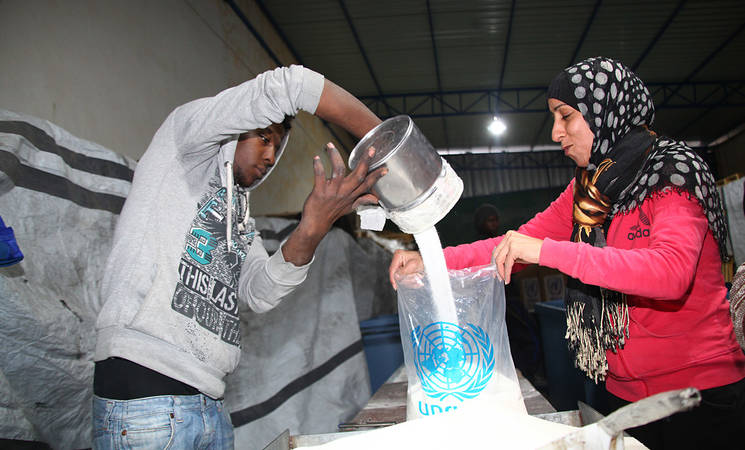 The Government of the United Kingdom, through the Department for International Development (DFID), has contributed an additional GBP 20 million (US$ 30.3 million) to support UNRWA efforts to respond to the humanitarian needs of Palestine refugees in Syria and the surrounding region. This brings the total donation by the United Kingdom for the Syria Regional Crisis Emergency Appeal 2015 to GBP 28 million (US$ 42.28 million).

Thanking the United Kingdom for this remarkable support, UNRWA Commissioner-General Pierre Krähenbühl said, “I am very grateful for this highly significant contribution from the UK. The crisis in Syria is causing acute suffering for civilians, including Palestine refugees. Those who still live in Syria are dealing with increasingly inhumane conditions, while those who have fled to neighbouring countries, leaving behind their homes and communities, are in desperate need of assistance. This contribution is critical to the Agency’s ongoing response to the Syria crisis.”

Of the GBP 20 million (US$ 30.3 million)  additional contribution, GBP 10 million (US$ 15.15 million) will go towards assisting Palestine refugees inside Syria where more than 95 per cent of the 450,000 of those living in the country rely on UNRWA to meet their daily basic needs.

The remaining GBP 10 million (US$ 15.15 million) will  go to the Agency's Syria regional crisis response efforts in Lebanon, where the 42,000 Palestine refugees from Syria face a marginalized existence and increasing vulnerability due to limited access to formal employment, dire living conditions and restrictions on their ability to renew their legal status. This group find themselves increasingly reliant on UNRWA support

Since the armed conflict in Syria began, the United Kingdom has contributed more than US$ 93 million to support UNRWA efforts in response to the ensuing regional crisis.

UNRWA is appealing for US$ 415 million to meet the minimum needs of Palestine refugees affected by the Syria crisis in 2015. So far this year, the international community has pledged US$ 209.6 million towards the Agency’s 2015 Syria Emergency Appeal, representing 50.5 per cent of the total amount requested.