Home » Newsroom » Press Releases » United States contributes an additional US$ 21.1 million to bring life-saving aid to Palestine refugees affected by the Syria crisis
Back to Newsroom

United States contributes an additional US$ 21.1 million to bring life-saving aid to Palestine refugees affected by the Syria crisis 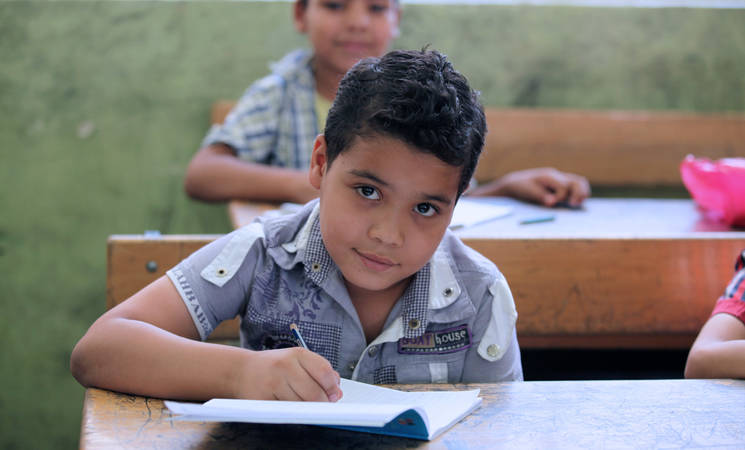 The United States contributed an additional US$ 21.1 million to support UNRWA efforts to respond to the humanitarian needs of Palestine refugees from Syria (PRS) in the region. The United States is the largest bilateral UNRWA donor, with this latest contribution bringing the total US contribution towards the 2015 UNRWA Syria Emergency Appeal to nearly US$ 97.5 million.

“The ongoing crisis in Syria continues to inflict a devastating impact on the lives of civilians, including Palestine refugees. Those who still live in Syria are dealing with increasingly inhumane conditions, while those who have fled to neighboring countries and abroad have left behind their homes and communities” said UNRWA Commissioner-General Pierre Krähenbühl. “I express my sincere appreciation to the United States for this generous contribution, which will help us to provide for the basic needs of Palestine refugees from Syria in the region and ensure that more can be done to preserve their dignity and rights in light of the enormous challenges they face.”

“UN humanitarian organizations simply are not funded sufficiently to address the world’s multiple humanitarian crises, including in Syria and neighboring countries,” said U.S. Bureau of Population, Refugees, and Migration Principal Deputy Assistant Secretary Simon Henshaw.  “Our support to UNRWA’s Syria Emergency Appeal will help the Agency and Palestinian refugees at a critical time -- as winter approaches, life-saving humanitarian aid to Palestinian refugees from Syria is vital.  Still, to cope with the magnitude of crises we are facing, we also need other nations to contribute what they can, and we urge them to do so.”

Of the total contribution, US$ 19.1 million will go towards UNRWA humanitarian activities inside Syria, where more than 95 per cent of the 480,000 Palestine refugees living in Syria rely on UNRWA to meet their daily basic needs.  In addition to helping UNRWA continue operations in Syria – keeping clinics and schools running – the U.S. contribution will enable UNRWA to carry out an additional round of cash assistance in 2015, which would have been impossible without this additional support.  Cash assistance helps Palestine refugees meet their basic food and household needs.  An additional US$ 2 million will support the Agency's Syria regional crisis response efforts in Lebanon, where Palestine refugees from Syria face restricted access to employment opportunities and public services and where UNRWA cash assistance represents the main source of income for 98 per cent of the 45,000 Palestine refugees from Syria in the country.

UNRWA is appealing for US$ 415 million to meet the minimum needs of Palestine refugees affected by the Syria crisis in 2015. So far this year, the international community has pledged US$ 207 million towards the Agency’s 2015 Syria Emergency Appeal, representing 49 per cent of the total amount requested.