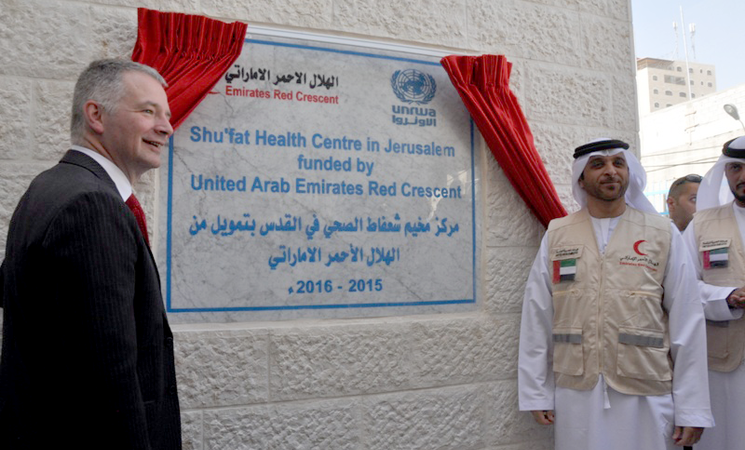 On 1 June, the newly rehabilitated health centre at Shu’fat Refugee Camp in East Jerusalem was inaugurated by Deputy-Secretary-General of the Emirates Red Crescent Fahed Abed Al-Rahman Yousef Bin Sultan and by the Director of the United Nations Relief and Works Agency for Palestine Refugees in the Near East (UNRWA) Operations in the West Bank, Scott Anderson. The event was attended by the Agency’s staff members and by a delegation from the Emirates Red Crescent, along with representatives from the local community.

UNRWA was able to rehabilitate the old health centre into a modern 2,800 square metres building with the highest medical standards and equipment thanks to a generous donation of US$ 2.1 million from the Emirates Red Crescent.

The rehabilitation of the health centre is a result of the partnership between the Agency and the Emirates Red Crescent, built on responding to the urgent needs of refugee inside camps. The old building did not adequately address the needs of the growing population of the camp, which became more persistent as a result of declining economic and political conditions, increase in closures and demands for health care services in the past two years.

The health centre will serve approximately 30,000 patients per year through the new Family Health Team approach. Launched by UNRWA in 2011, the approach will improve the level of health services through accurate diagnosis and efficient treatment.

The new health centre will also enable the Agency to absorb the increasing number of patients. The centre has a higher number of medical examination rooms and additional amenities which will facilitate the provision of services, movement of patients and transport of medical equipment within the building, also providing access for persons with disabilities. Moreover, the centre includes a modern waiting hall which will prevent the spread of infectious diseases among the patients. The revamped structure also has safeguards to ensure the public health of employees and patients and is equipped with modern instruments to allow more accurate medical results.

In a period of increased poverty and unemployment, the rehabilitation of the health centre also contributed to addressing unemployment challenges, providing job opportunities for engineers, workers and craftsmen.

During the ceremony, the Director of UNRWA Operations in the West Bank expressed his gratitude for the partnership. “I would like to extend my sincere thanks to the United Arab Emirates (UAE). There is a strong partnership between UNRWA and Emirates Red Crescent Society that is not just here but across all five fields,” said Mr. Anderson.

Also commenting on the project, the Deputy-Secretary-General of the Emirates Red Crescent said: “We would like to thank all of those involved to make this project reality and we once again reinforce our support to UNRWA. This is an integral part of the Emirates Red Crescent Society effort to focus on health and education services outside of the United Arab Emirates,” affirmed Mr. Bin Sultan. 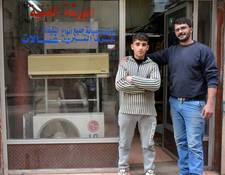 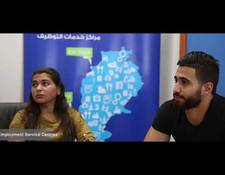