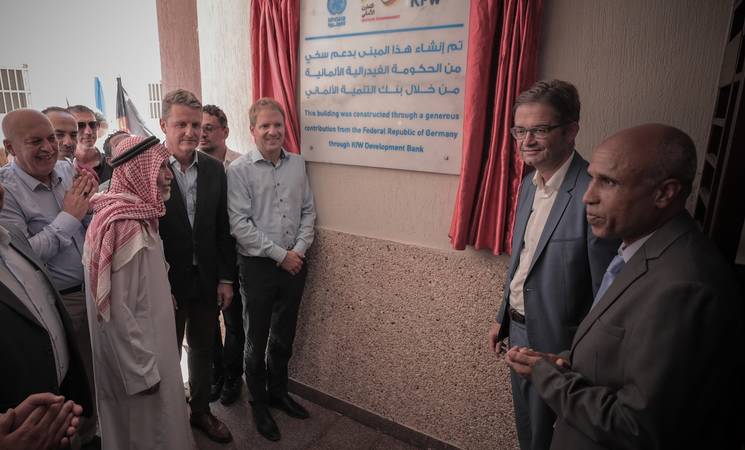 The United Nations Relief and Works Agency for Palestine Refugees in the Near East (UNRWA) inaugurated yesterday the newly constructed al-Qastal rehousing project in Deir El-Balah, completed with the generous support of the German Federal Ministry for Economic Cooperation and Development (BMZ) through KfW Development Bank. The inauguration was hosted by Thomas White, Director of UNRWA Affairs in Gaza, Oliver Owcza, Head of the German Representative Office in Ramallah, and guests from German Federal Foreign Office (GFFO) and KfW. Through this project, UNRWA finalized the construction of ten buildings consisting of 121 apartments in al-Qastal area to reallocate 121 Palestine refugee families (around 600 persons) currently living in Deir El-Balah camp as they evacuated their unlivable and dilapidated homes inside the camp.

Deir El-Balah camp is the smallest of the eight Palestine refugee camps in the Gaza Strip with an area of 174,200 square meters, which expanded for over seventy years with limited or no overall urban planning, resulting in deteriorated infrastructure and utilities, poor shelter conditions, and mixed land use as well as affecting social life livelihoods inside the camp.

Once families’ movement is finalized, the space of the houses will be used to establish open green and recreational spaces for children. Two roads in al-Qastal area are being developed to facilitate proper and safe access for the residents of this area.

In addition to the ten buildings of al-Qastal and infrastructure measures in Deir El-Balah, similar camp improvement interventions were implemented with German support in Khan Younis.

UNRWA started planning for this project in 2019, adopting a participatory planning process with the camp community to validate the pre-existing camp improvement plan in Deir El-Balah and jointly agree on camp improvement priorities in Khan Younis. Involving Palestine refugees in the decision-making process and strengthening accountability to the affected population is a key concern for UNRWA.

Following the inauguration of the new residential buildings, the Delegation proceeded to visit one of  15 UNRWA distribution centers in Gaza through which some 1.2 million vulnerable Palestine refugees receive essential basic food support. In a context of deteriorating social-economic circumstances in the Gaza Strip because of economic blockade and repeated rounds of hostilities, the German Federal Foreign Office remains a key partner in providing humanitarian funding to UNRWA to support a growing number of Palestine refugees through its food assistance programme.

Finally, the Delegation visited a site of the Gaza Summer Fun Weeks programme launched by UNRWA to provide psychosocial support and recreational activities for children and youth.

The Director of UNRWA Affairs in Gaza, Thomas White, said, “I would like to express my gratitude to Germany for the generous and steadfast support over the years to UNRWA and Palestine refugees. This project once again reaffirms the German commitment and support to UNRWA and Palestine refugees in the Gaza Strip. In partnership with the community of Deir El-Balah and KfW we have made a very significant improvement in the lives of refugees.”

Oliver Owcza, Head of the German Representative Office in Ramallah, said: “I am honored to witness the handing over of more than 120 apartments, which will contribute to lives in dignity for their 600 future inhabitants. This project is an important example of German support for those most in need. At the same time, we’re fully aware that only a political solution will allow for the direly needed sustainable development.” 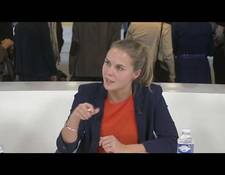