UNRWA and US Meet PRS in Beqaa 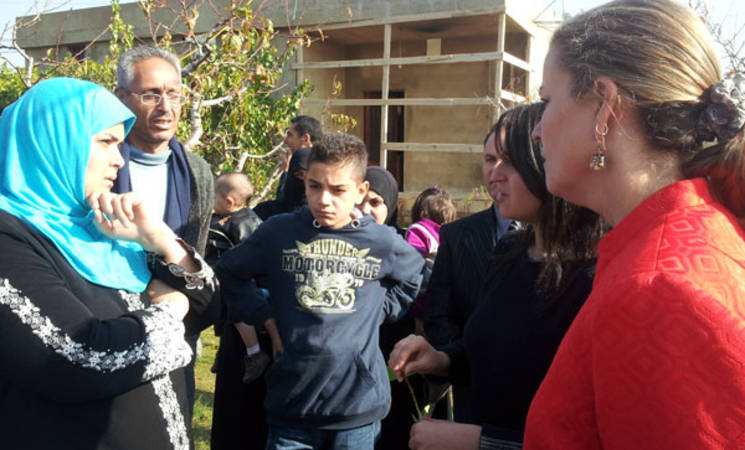 On 19 November, Ann Dismorr, Lebanon field director for the United Nations Relief and Works Agency (UNRWA), accompanied a delegation from the United States, headed by Kelly Clements, Deputy Assistant Secretary of State for Population, Refugees and Migration (PRM), to Quob Elias in the mid-Beqaa area. A number of Palestine refugees from Syria (PRS) have sought shelter there from the ongoing conflict.

The delegation met with PRS families and inquired about their living conditions. The refugees highlighted the difficult situations they are facing, including the rental prices and poor sanitation in the area. However, they expressed their appreciation for the support provided by UNRWA, especially the ATM cards that the Agency launched last month in Lebanon.

The Director of UNRWA Affairs briefed the delegation on UNRWA services to PRS. Describing the Agency’s cash assistance, Ms. Dismorr noted that “the ATM system gives its beneficiaries more dignity in their plight.”

The United States remains the largest bilateral UNRWA supporter, for both emergency activities as well as core programming in education, health and relief. Since 2012, the US has provided US$ 14 million to support the Agency’s emergency efforts on behalf of Palestine refugees from Syria.