Home » Newsroom » Press Releases » UNRWA Announces the Conclusion of Programmes Funded by the Kingdom of Belgium, in particular Gaza Emergency Job Creation
Back to Newsroom

UNRWA Announces the Conclusion of Programmes Funded by the Kingdom of Belgium, in particular Gaza Emergency Job Creation

The United Nations Relief and Works Agency in the Near East (UNRWA) thanks the Government of Belgium for its generous donation in 2018 of EUR 1,000,000 to the Support to Emergency Job Creation and Transitional Shelter Cash Assistance (TSCA) programmes in Gaza. In its conclusion, these programmes have supported almost 10,000 Palestine refugees in the besieged Gaza Strip.
Specifically, with its support to the UNRWA Job Creation Programme, the Kingdom of Belgium supported some 537 Palestine refugees through short-term employment contracts, ranging from three to six months in length. More than 2,600 Palestine refugees indirectly benefitted from the income generated short term employment. The continuing blockade of the coastal enclave has resulted in a 50 per cent rate of unemployment, with youth unemployment rates reaching 70 per cent.

In addition, to its contribution to temporary employment, this generous contribution from the Kingdom of Belgium also funded up to the middle of 2018 rental subsidies to around 847 families , some 3,000 Palestine refugees affected by the 2014 Gaza conflict. This support provided cash assistance toward rent to Palestine refugees most hard hit by the conflict. Specifically enabling families to move out of temporary shelters into transitional shelter until reconstruction of their homes has been completed.

More than 140,000 Palestine refugee houses were impacted, of which 7,400 houses are totally demolished. In addition, 5,417 shelters have suffered severe damage and some 123,837 more homes sustained minor damage. At the peak of the emergency, over 290,000 internally displaced people (IDPs) sought refuge in designated UNRWA emergency shelters, mostly UNRWA schools.

Expressing his gratitude for the contribution, Director of UNRWA Operations in Gaza Matthias Schmale said: “The people of Gaza are source of inspiration. This contribution from the Kingdom of Belgium shows them that they are not alone in their search to reestablish their lives after conflict. This support is very much appreciated.”

Schmale also appealed to other partners to contribute some more resources to enable the Agency to fully conclude the shelter rehabilitation work linked to the destruction that happened in 2014.

The Kingdom of Belgium is a strong partner of the Agency. In 2018, Belgium made an additional pledge of EUR 4 million, enabling UNRWA to open its doors to more than 532,000 students on time. This brought their total contribution to the Agency to EUR 10.25 million. 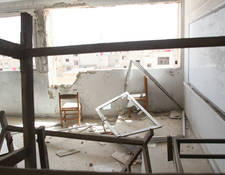 Education in Emergencies in Syria: Bringing Hope in Times of Conflict 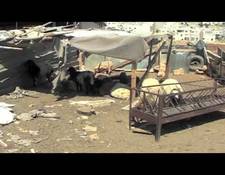