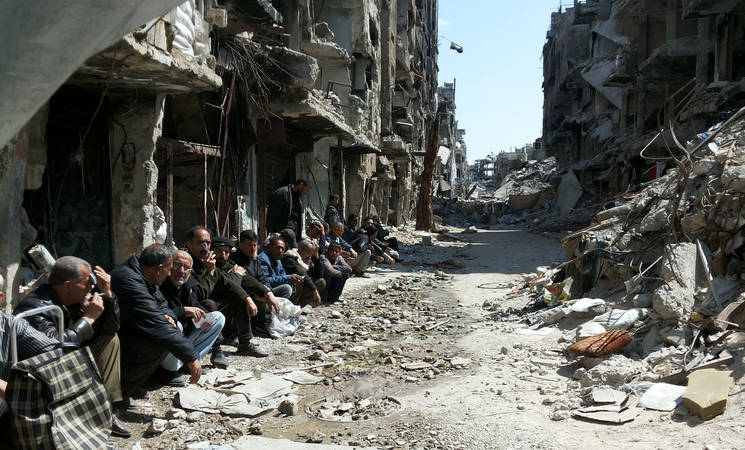 As the United Nations Relief and Works Agency (UNRWA) today launches its US$ 817 million emergency appeals for Syria and the occupied Palestinian territory (oPt), these contexts continue to experience the relentless effects of conflict, occupation and blockade.

The majority of the estimated 450,000 Palestine refugees in Syria are displaced and 95 percent of them rely on UNRWA for assistance. Thousands remain trapped in areas of active conflict, where they face appalling suffering. Tens of thousands have fled to Lebanon and Jordan where, despite the generosity of host countries, they face increasing marginalization and despair.

In the oPt, Palestine refugees are exposed to the lasting consequences of an occupation now approaching 50 years and a decade-long blockade, which define every aspect of their lives. While in the year 2000, roughly 80,000 people in Gaza were reliant on humanitarian assistance, the figure has risen to over 830,000 today. In the West Bank, settlement building activity has left many thousands at risk of forced displacement and dispossession.

"In the absence of prospects for political solutions, UNRWA will mobilize its humanitarian experience and commitment to address the multiplicity of emergency needs facing Palestine refugees”, said Commissioner-General Pierre Krähenbühl. “We will also steadfastly advocate for an improved respect of their rights. The support to our appeals contributes both to a measure of stability at a time of spreading radicalization and a measure of dignity for a community that has been deprived of a just solution for far too long".

The presence of UNRWA, its operational capacity and the courage of its staff will enable the Agency to preserve and where possible expand its response to critical needs. In the oPt, the response will particularly focus on the needs of Palestine refugees exposed to displacement and home demolitions, as well as on reconstruction efforts in Gaza. In Syria, UNRWA will, in 2016, run one of the largest cash assistance programs in an active conflict zone. It will also be an essential provider of innovative education programs benefitting hundreds of thousands of Palestinian and Syrian children, including by means of distance-learning material and a dedicated satellite channel - UNRWA TV.