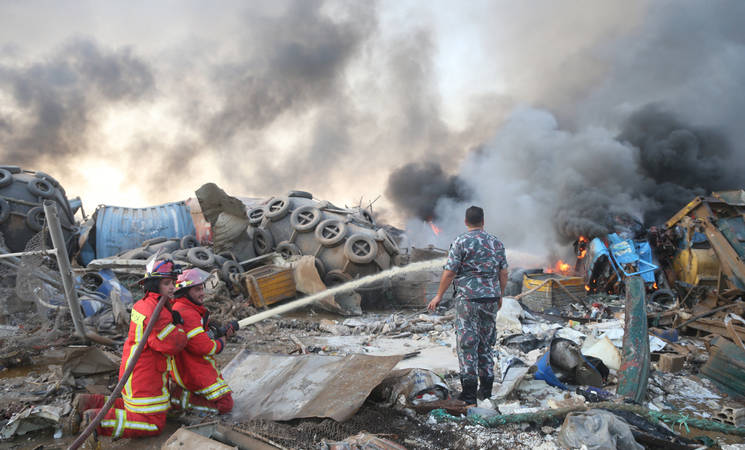 The United Nations Relief and Works Agency for Palestine Refugees in the Near East (UNRWA) is deeply saddened by the deaths caused by the horrific explosion of 4 August that claimed the lives of two Palestine refugees, among many others. As the list of fatalities continues to grow, so does the list of damaged buildings, businesses, schools and health centres in large sections of the Lebanese capital.

The daily operations of the UNRWA office in Lebanon continue while the Agency also lends support to the wider relief efforts in the aftermath of the explosion, for example by making its warehouses available for the storage of medicines and other humanitarian supplies by other aid actors.  As Palestine refugees are amongst the most vulnerable communities in Lebanon, UNRWA calls on the international community to ensure that aid to them is built into the immediate emergency response and the longer-term plans to support the people in Lebanon.

“We must help Palestine refugees in Lebanon weather yet another storm that could push them further to the brink of despair” said the Director of UNRWA Affairs in Lebanon, Claudio Cordone.

Palestine refugees in Lebanon regularly face restrictions on their right to work and own property. The majority of the over 200,000  Palestine refugees currently present in the country live below the poverty line, with their situation made worse by the deepening economic crisis and the restrictive measures triggered by the COVID19 pandemic.

The most pressing need for UNRWA is to be able to continue its cash assistance to all Palestine refugees in Lebanon, estimated at $10.6 million for the next round that the Agency hopes to start in the fall.

“The funds we are seeking are a small price to pay to mitigate the hardship on a highly distressed community and contribute to its sense of security and the overall stability in the country” said Cordone. “In the last few days, we have witnessed heartening acts of solidarity from Palestine refugees towards their host community, with volunteers helping with relief efforts and clearing the rubble. They are part of the picture in Lebanon and any holistic relief plan should address their needs.”