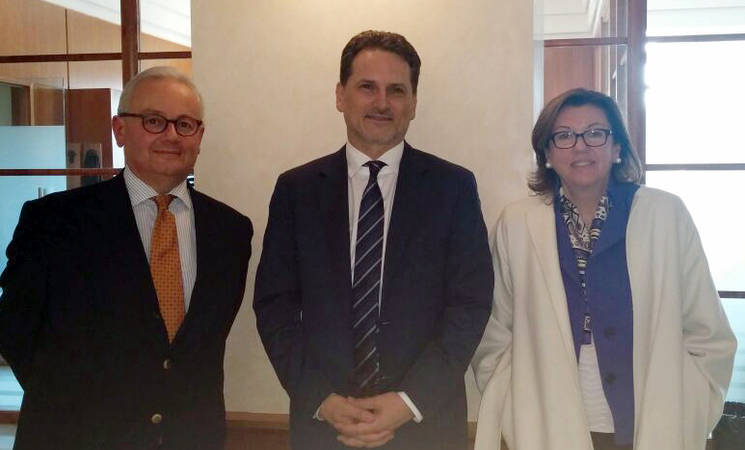 The Commissioner-General of the United Nations Relief and Works Agency for Palestine Refugees in the Near East (UNRWA), Pierre Krähenbühl, concluded a two-day mission to Italy on Tuesday. Over the course of the visit, he met with senior government officials, parliamentarians, representatives from non-governmental organizations (NGOs) and local media to deepen ties with Italian institutions and raise awareness about the work of UNRWA and the current situation facing Palestine refugees.

During his visit, Mr. Krähenbühl also held a conference at the Institute for International Affairs (IAI) titled, ‘The Plight of Palestine Refugees in an Increasingly Unstable Middle East’, attended by participants from the Italian academic, non-profit and media sectors.

“At a time when widespread instability affects the Middle East and when Italy and the broader European continent are facing a major refugee crisis on its shores, UNRWA’s role as a provider of dignity and vital services to Palestine refugees is as critical as ever,” said the Commissioner-General. “This visit presented us with a welcome opportunity to deepen ties and foster conditions for a continued strategic cooperation between UNRWA and Italy. It is essential that the rights and needs of Palestine refugees throughout the region not be forgotten, and in this context I am very grateful for Italy’s growing support and strong trust.”

“An employed woman has to bear additional burdens”