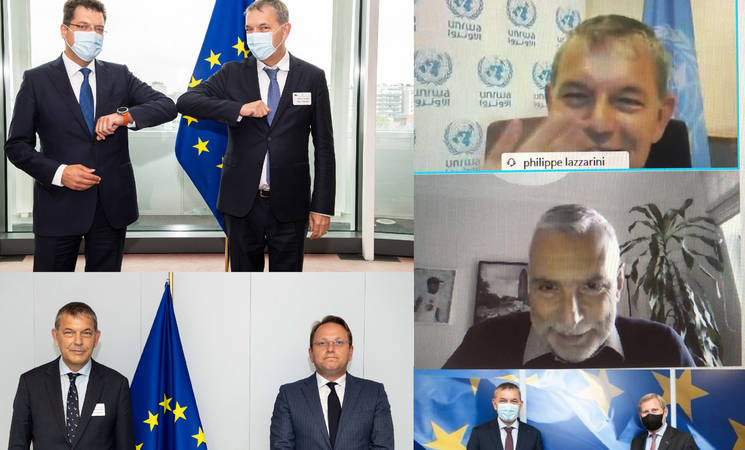 “Fifty years of EU-UNRWA partnership comes with immense pride for the Agency in having such a solid and principled counterpart, and much relief to Palestine refugees in knowing that they have that support,” said Lazzarini. “It also comes with a very sad realization of the unresolved plight of Palestine refugees. Thanks to EU support, critical services such as health and education and many more will continue to empower Palestine refugees and prepare them to be the citizens of tomorrow, the day when there is a just and last solution that includes them.”

The meetings that Commissioner-General Lazzarini held at the European Parliament, including exchanges with key Parliamentary Committees and Groups, focused on the latest developments in the Near East and the stabilizing role that UNRWA plays amidst conflicts, crises and the COVID-19 pandemic. At the centre of many exchanges in Brussels was Lazzarini’s confirmation that UNRWA attaches the highest importance to the principles and values of the United Nations, including neutrality and non-discrimination.

During a meeting between Lazzarini and the EU Commissioner for Neighborhood and Enlargement, Olivér Várhelyi, the discussion focused on the importance of continuing the long-standing partnership between the EU and UNRWA. Lazzarini also discussed the Agency’s crippling budgetary constraints and the operational challenges it faces the ground, particularly in Gaza, Lebanon and Syria with the EU Commissioner for Crisis Management, Janez Lenarčič, and with the Commissioner for Budget and Administration, Johannes Hahn.

“The reliable support and principled positions of the EU and its different institutions towards Palestine refugees has been key to making refugees feel they are not abandoned,” said the UNRWA Commissioner-General. “Fifty years of partnership are also fifty years of the EU setting high standards that UNRWA continues to meet in terms of efficiency, impact, and the promotion of UN values and principles. We are committed to continue doing so until there is a just and lasting solution to the plight of Palestine refugees.”

Since 1971, the European Union and UNRWA have maintained a strategic partnership governed by the shared objective to support the human development, humanitarian and protection needs of Palestine refugees and promote stability in the Middle East. Today, the European Union is the largest multilateral provider of international assistance to Palestine refugees. This reliable and predictable support from the European Union enables UNRWA to provide core services to millions of Palestine refugees in Jordan, Syria, Lebanon, the West Bank and Gaza, including quality education for roughly half a million children and primary health care for more than 3.5 million patients. Collectively, the EU and its Member States are also among the largest contributors to the Agency’s humanitarian emergency appeals and projects in response to various crises and specific needs across the region. The partnership between the European Union and UNRWA has allowed millions of Palestine refugees to be better educated, live healthier lives, access employment opportunities and improve their living conditions, thus contributing to the development of the entire region. 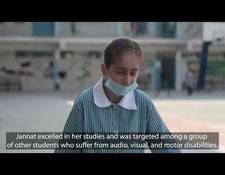