Home » Newsroom » Press Releases » UNRWA concludes 2021 Cash for food to Conflict-Affected Palestine Refugees in Syria, funded by the Government of France
Back to Newsroom

UNRWA concludes 2021 Cash for food to Conflict-Affected Palestine Refugees in Syria, funded by the Government of France 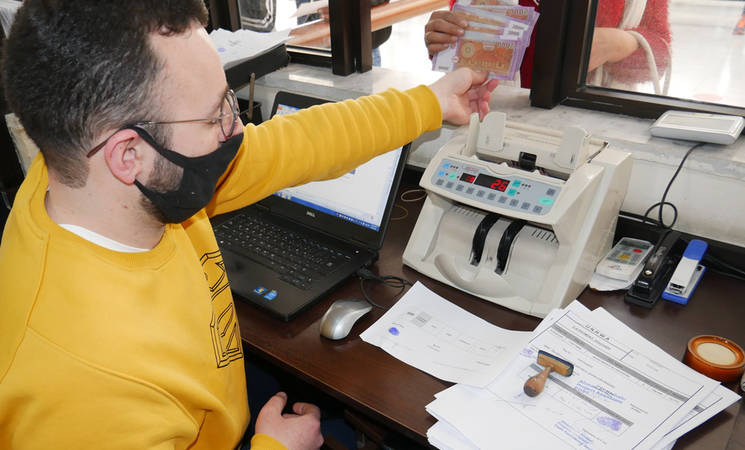 The United Nations Relief and Works Agency for Palestine Refugees in the Near East (UNRWA) concluded a life-saving assistance project in Syria, made possible by a generous contribution from the Government of France. In 2021, France contributed a total of EUR 1 million in support of to the “2021 Cash for Food to Conflict- Affected Palestine Refugees in Syria Project”, implemented as part of the UNRWA Syria Emergency Appeal.

This generous contribution supported the Agency’s efforts to provide 26,670 most vulnerable Palestine refugees in Syria, approximately 7,844 families, with cash assistance to meet their basic food needs over five months. Through the project, UNRWA provided assistance to 10,354 individuals, some 3,045 families, in the most vulnerable categories, specifically female headed households, families with persons with disabilities, families headed by an older person and unaccompanied minors/ orphans. In addition,  16,316 other vulnerable individuals were assisted.

Palestine refugees in Syria have never been more vulnerable. This year marks the eleventh anniversary of the conflict in Syria. The violent hostilities have caused immeasurable damage, including loss of life, widespread displacement internally and beyond, substantial destruction and damage to public infrastructure and civilian homes, and an overwhelming loss of assets and livelihoods. This is in addition to the traumatic impact on the mental health of the survivors of the conflict.

While active conflict has subsided in most of Syria, the situation remains tense in the northwest region and in Dera’a, where reconciliation agreements remain fragile. Meanwhile, a rapidly deteriorating economy and hyperinflation are increasing the vulnerability of the entire population. More than 91 per cent of the Palestine refugees in Syria live below the poverty line and the drastic loss of purchasing power during this economic crisis has renewed fears of not being able to meet basic needs.

Thanking France for its generous contributions to UNRWA and continued humanitarian support to Palestine refugees in Syria, Mr. Amanya Michael-Ebye, Director of UNRWA Affairs in Syria, said: “We are truly grateful for France’s continued partnership and its solidarity towards Palestine refugees. In the increasingly challenging environment of protracted conflict and difficult socioeconomic conditions compounded with COVID-19, the generous contribution of France helped the Agency deliver critical cash assistance for food during a time of unprecedented and widespread need. This timely contribution in support of Palestine refugees is crucial and much appreciated.”

”France is committed to improve food security for the most vulnerable Palestinian refugees, including in Syria, in accordance with our 2019-2024 international strategy for food security, nutrition and sustainable agriculture. Cash support enables Palestinian refugees to meet their basic needs in a more dignified way,” said Mr. Guillaume Robert, Head of Cooperation at the French Consulate General in Jerusalem.

UNRWA is confronted with an increased demand for services resulting from a growth in the number of registered Palestine refugees, the extent of their vulnerability and their deepening poverty. UNRWA is funded almost entirely by voluntary contributions and financial support and has been outpaced by the growth in needs. As a result, the UNRWA program budget, which supports the delivery of core essential services, operates with a large shortfall. UNRWA encourages all Member States to work collectively to exert all possible efforts to fully fund the Agency’s program budget. Its emergency programs and key projects, also operating with large shortfalls, are funded through separate funding portals.

UNRWA is a United Nations agency established by the General Assembly in 1949 with a mandate to provide humanitarian assistance and protection to registered Palestine refugees in the Agency’s area of operations, namely the West Bank, including East Jerusalem, Gaza, Jordan, Lebanon and Syria, pending a just and lasting solution to their plight. Thousands of Palestinian refugees who lost both their homes and livelihoods because of the 1948 conflict and have remained displaced and in need of significant support for over seventy years. UNRWA helps them achieve their full potential in human development through quality services it provides in education, health care, relief and social services, protection, camp infrastructure and improvement, microfinance and emergency assistance. UNRWA is funded almost entirely by voluntary contributions.