Home » Newsroom » News Releases » UNRWA condemns placement of rockets, for a second time, in one of its schools
Back to Newsroom

UNRWA condemns placement of rockets, for a second time, in one of its schools 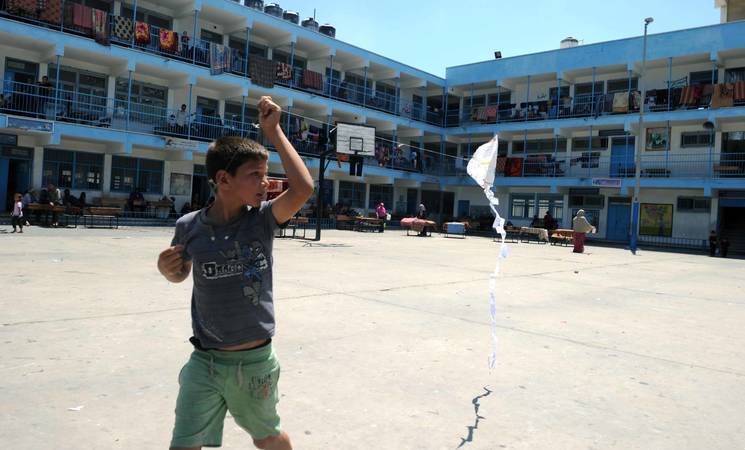 Today, in the course of the regular inspection of its premises, UNRWA discovered rockets hidden in a vacant school in the Gaza Strip. As soon as the rockets were discovered, UNRWA staff were withdrawn from the premises, and so we are unable to confirm the precise number of rockets. The school is situated between two other UNRWA schools that currently each accommodate 1,500 internally displaced persons.

UNRWA strongly and unequivocally condemns the group or groups responsible for this flagrant violation of the inviolability of its premises under international law.

The Agency immediately informed the relevant parties and is pursuing all possible measures for the removal of the objects in order to preserve the safety and security of the school. UNRWA will launch a comprehensive investigation into the circumstances surrounding this incident.

UNRWA has reinforced and continues to implement its robust procedures to maintain the neutrality of all its premises, including a strict no-weapons policy and regular inspections of its installations, to ensure they are only used for humanitarian purposes.

Palestinian civilians in Gaza rely on UNRWA to provide humanitarian assistance and shelter. At all times, and especially during escalations of violence, the sanctity and integrity of UN installations must be respected.

The Secretary-General convened a UN HQ Board of Inquiry (BOI) on 10 November 2014  in order to investigate a number of incidents between 8 July and 26 August 2014 affecting or involving United Nations personnel, premises and operations, including the report of the presence of weaponry at this school. The Secretary-General released a summary of the BOI report on 27 April 2015 (S/2015/286). The summary indicates that the items found were not rockets; the Board concluded that it was highly likely that a Palestinian armed group might have used the premises to hide weapons but was unable to confirm with certainty what type of weapon might have been hidden at the school.