UNRWA construction projects in Gaza “ground to a halt”: outgoing Commissioner-General warns of “further conflict” unless “human security” is addressed 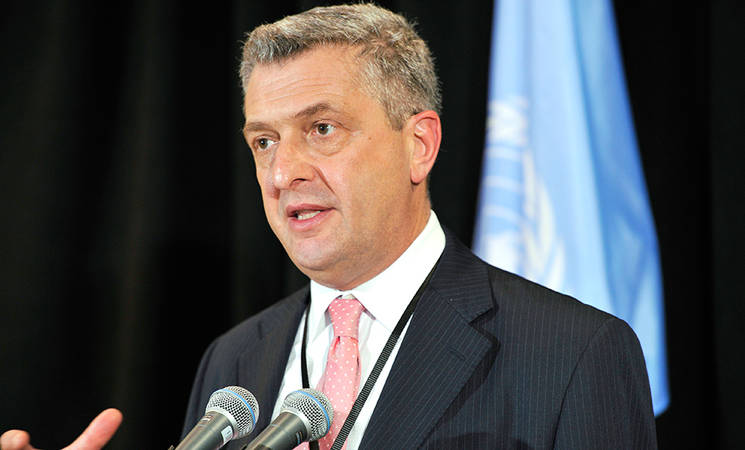 The outgoing Commissioner General of UNRWA, Filippo Grandi, has warned that 19 out of 20 UNRWA construction projects in Gaza have “ground to a halt”. Speaking to the Advisory Commission of major donors and governments hosting Palestinian refugee populations, Grandi said that  since March UNRWA has “not had any construction projects cleared by the Israeli government, and for the past month, has been “unable to import building materials.”

Grandi told the “AdCom” delegates that “following the closure of most smuggling tunnels between Gaza and Egypt”, and “given that Israel does not allow exports and hence a resumption of normal economic activities, prices are rising because commodities are becoming scarce, lack of fuel has provoked the closure of the power plant, the few jobs available in the construction industry are disappearing; and the list continues”, said Grandi.

Grandi had a stark warning about regional stability. “Gaza is quickly becoming uninhabitable, and further conflict is bound, as before, to affect civilians in Gaza and southern Israel, unless its causes are addressed.”  Grandi, who leaves office in the new year, called on the international community not to forget Gaza and to address the human dimension.

The time had come to rethink security concerns and political considerations, Grandi argued. “Perhaps strengthening the human security of the people of Gaza is a better avenue to ensuring regional stability than physical closures, political isolation and military action. To obtain this, first and foremost, the Israeli blockade - which is illegal - must be lifted. Meanwhile, the United Nations must be allowed to at least continue construction projects and provide a few extra jobs to the beleaguered population.”