UNRWA delegation concludes visit to the Kingdom of Saudi Arabia 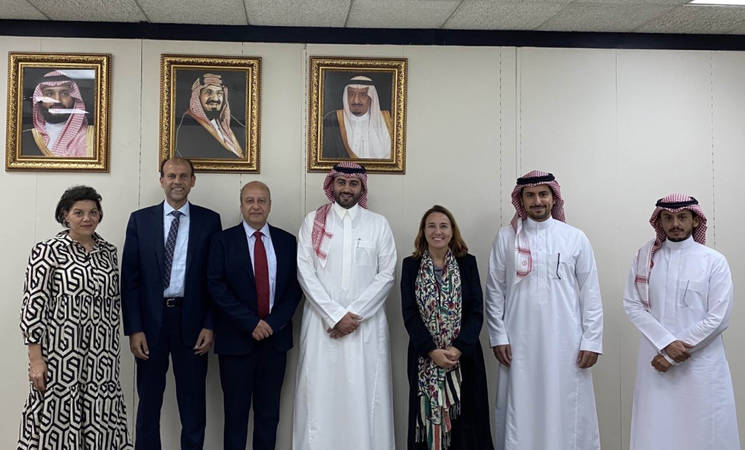 Today, a delegation from the United Nations Relief and Works Agency for Palestine Refugees in the Near East (UNRWA) concluded a three-day visit to the Kingdom of Saudi Arabia (KSA). The visit, led by the Acting Director of External Relations Tamara Alrifai, highlighted the longstanding, strategic partnership between UNRWA and the Government of Saudi Arabia through its humanitarian and development organizations. The Director of UNRWA Affairs for Jordan, Marta Lorenzo, Director of Infrastructure and Camp Improvement Munir Manneh and Director of Finance Shadi Al Abed were also part of the mission.

In Riyad, UNRWA representatives held meetings with counterparts from the Saudi Ministry of Foreign Affairs, the Saudi Fund for Development and the King Salman Humanitarian Aid and Relief Center. The delegation emphasized how support from the Kingdom and its institutions contributed to the ability of UNRWA to maintain its vital services for Palestine refugees over decades. The delegation urged Saudi officials to continue leading by example on how support from the Arab region to the Agency contributes to the human development and wellbeing of Palestine refugees.

“The contribution of a regional power such as Saudi Arabia to multilateral humanitarian and development efforts validates its role as global actor,” said Tamara Alrifai, “The Kingdom’s Vision 2030 for a more equitable society resonates well with UNRWA, the Agency that serves one of the most vulnerable communities in the region. It is the hope of UNRWA that the historic Saudi solidarity with Palestine refugees continues as strong as impactful as it has been since 1950.”

The delegation referred to the support that Palestine refugees previously received, including the extraordinary contributions to the UNRWA health services, education, relief and social services in all fields of operations, in addition to the support given to the Agency’s General Programme Budget for 2018 and 2019.

In Jeddah, the UNRWA delegation held meetings with the Organization of Islamic Cooperation (OIC) and the Islamic Development Bank to explore ways to step up support from and partnerships with both entities.

Since 2001, the contributions provided by the government of Saudi Arabia and its humanitarian and development entities, to UNRWA have exceeded US $1.2 billion. This generous support has enabled UNRWA to continue to provide essential services to Palestine refugees across the Middle East. Click here to learn more about the partnership between UNRWA and the Kingdom of Saudi Arabia.