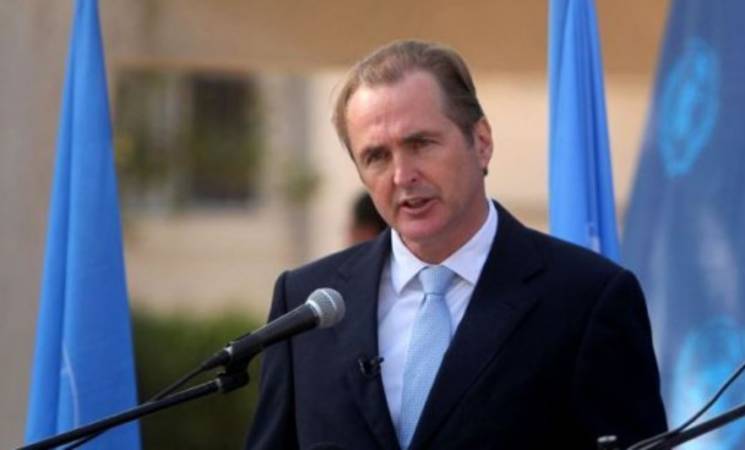 The Director of UNRWA operations in Gaza, Robert Turner, has announced his intention to leave his post in mid-July, after serving with the Agency since 1 May 2012.

“It’s been the most rewarding and challenging three years of my professional life,” said Mr Turner, “I shall miss my team and working alongside the communities in Gaza. Rest assured that I will continue to advocate for Gaza and for the Palestine refugees. If there is one lesson I take away, it is that the denial of their right to a just and durable solution remains at the heart of their humanitarian plight. But I refuse to yield to pessimism. Gaza is a place where the human spirit has shown its indomitability time and time again.”

Mr. Turner has served in Gaza through two conflicts. His term comes amid one of the most severe financial crises the agency has seen in its history.

“Bob’s contribution has been extraordinary at a very demanding time for the agency and the refugees we serve”, said UNRWA Commissioner General, Pierre Krähenbühl. “His leadership of our response to the Gaza conflict last summer rightly won UNRWA and his team in Gaza  widespread admiration. I take this opportunity to thank him on behalf of all of us in the Agency.”