Home » Newsroom » Press Releases » UNRWA health services continue uninterrupted throughout 2018, yet health and dignity of Palestine refugees remains at risk
Back to Newsroom

UNRWA health services continue uninterrupted throughout 2018, yet health and dignity of Palestine refugees remains at risk 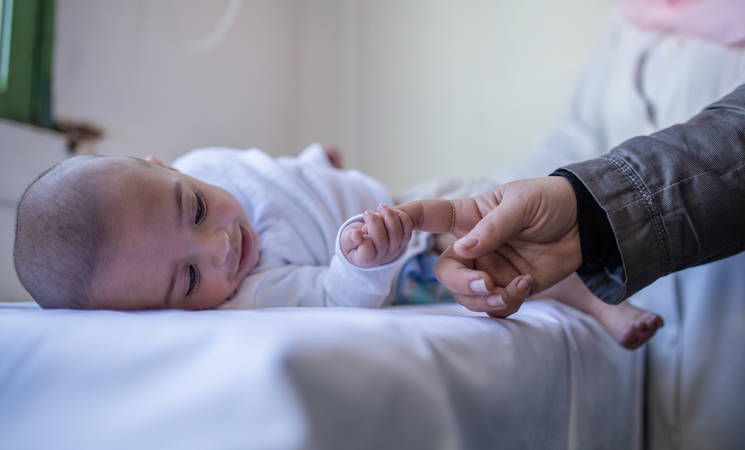 The United Nations Relief and Works Agency for Palestine Refugees (UNRWA) released today its annual Health Report for 2018, which confirms that, despite facing unprecedented financial challenges in 2018 that endangered the provision of the Agency’s services to 5.4 million registered Palestine refugees,  the provision of primary health care and the facilitation of hospital services  across the five fields of operation in Gaza, Jordan, Lebanon, Syria and the West Bank, including East Jerusalem, continued uninterrupted.  UNRWA attributes this achievement to the remarkable commitment of health workers and the ongoing Health Reform Programme, as well as the generous contributions from host and donor governments, and in particular, its close partnership with the World Health Organization (WHO). However, these achievements and the continued health and well-being of the Palestine refugee community remain imperiled due to the Agency’s continuing financial crisis.

For nearly 70 years, UNRWA has been offering comprehensive primary health care services to registered Palestine refugees, focusing on the protection, promotion and preservation of their health through all stages of life through the ‘life-cycle’ approach. In 2018, the Agency served nearly 23,000 patients every day throughout its network of 144 health centres (HCs) in the five fields of operation.

The report indicates that throughout 2018, core health services,  such strong maternal and child health indictors, a near 100 per cent vaccination coverage, early registration for preventive care and the percentage of pregnant women attending at least four antenatal case visits were maintained.  Moreover, during 2018, screening and outreach activities for non-communicable diseases were strengthened.  All the data for 2018 remained static or improved compared to previous years, thus, continuing to provide quality universal health care, the goal of the Agenda 2030 and the Sustainable Development Goal of health and well-being.

“During 2018, the Health Programme faced a series of challenges. Above all was the unprecedented financial crisis that threatened our core primary health care services due to the shortage in funding. Moreover, the medical emergency in Gaza resulting from the so-called ‘Great March of Return’ demonstrations put increased pressure on the already overburdened health system; more than 4,000 injured people, most with gunshot wounds, visited our health centres,” remarked Dr. Akihiro Seita, UNRWA Director of Health. “Ongoing conflicts in Syria affected the safe access to our health services in some areas. Procuring essential medicines with high quality was also a challenge. The overall situation was dire, but we never succumbed to the pressure.”

Beyond preserving ongoing services, UNRWA health services continued to introduce innovations into its programme throughout 2018:   the health reform based on the Family Health Team (FHT) model and on the e-Health system continued and expanded in 2018. By the end of 2018, all of the Agency’s 144 HCs had implemented the FHT, and 129 HCs had introduced e-Health, which now boasts approximately 3.5 million records of registered Palestine refugees.

Mental health and psychosocial support services were integrated into the Agency’s primary health care services and expanded to include a total of 88 HCs by the year’s end. The smartphone application for maternal and child health (e-MCH App) was successfully implemented in Jordan, and encouraged by this progress, UNRWA is currently rolling it out in to all other fields and developing a new smartphone application for NCD patients (or e-NCD App).

Dr. Seita concluded, “The efforts to modernize UNRWA health services would not have been possible without the generous support of donor countries, host authorities, the World Health Organization, other UN agencies, and local and international organisations, in addition to the dedicated health staff at all levels. However, the Agency’s dire financial situation continues to imperil decades of investment into the basic health infrastructure and health care services offered to all Palestine refugees via UNRWA and all the achievements in the health sector risk to be unraveled with a devastating impact on the health of the Palestine refugee community. We believe that there is no health without dignity.”

A full version of the UNRWA Health Programme’s Annual Report 2018 can be downloaded via the following hyperlink: click here