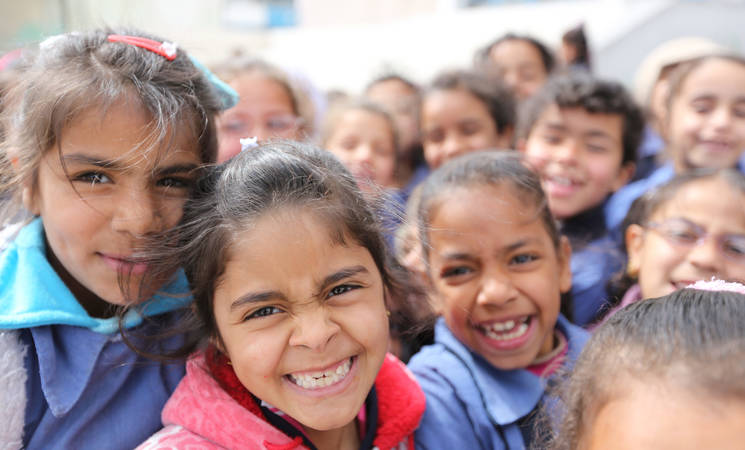 UNRWA announced on Wednesday, 19 August, that students will return to school according to plan at the start of the school year, after months of warnings that a funding shortfall of US$ 101 million to the General Fund meant it risked a delay in the school year at its 685 schools in Gaza, the West Bank, Jordan, Lebanon and Syria.

“We are deeply grateful to the United States for this remarkable contribution, which will help ensure that the 500,000 Palestine refugee students who attend UNRWA schools across the region will continue to have access to quality basic education that is so crucial for their development and future prospects,” said UNRWA Commissioner-General Pierre Krähenbühl. “The United States’ continued support and proactive engagement with other partners and donor nations was critical in our efforts to fill the funding gap and start the school year on time.”

Emphasizing the importance of education in the Middle East, US State Department Assistant Secretary for Population, Refugees and Migration Anne C. Richard said, “Opening the doors of schoolhouses to refugee children isn’t just something that benefits these children – it benefits all of us. No child should be denied an education. This is why the United States is committed to helping provide education to this generation of refugee children in the Middle East.”

This is the second time this year that a US contribution has enabled services and salaries to be paid, allowing UNRWA to continue providing education, health, relief and social services to Palestine refugees. In May, the United States provided an earlier-than-planned contribution of US$ 20 million to cover funding shortfalls that would have adversely impacted the Agency’s capacity to maintain core programmes and service delivery. The United States’ exemplary and long-standing support is highly recognized and valued by UNRWA.