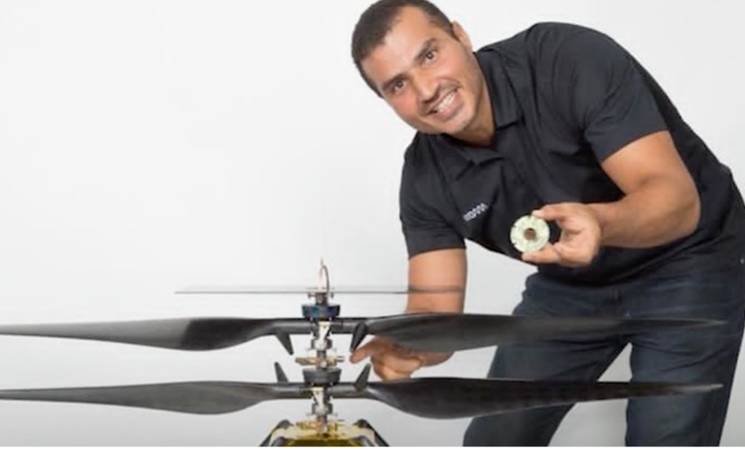 Today, the United Nations Relief and Works Agency for Palestine Refugees in the Near East (UNRWA) honours former student and current NASA electrical and power team member Loay Elbasyouni. In April 2021, the NASA Mars helicopter Loay helped engineer, completed its first flight to Mars. This historic feat of ingenuity is a result of seven years of hard work by Loay and the rest of the team at NASA. A former UNRWA school student from Beit Hanoun, Gaza, Elbasyouni, left the besieged Strip in 1998 to pursue higher education in the United States. UNRWA currently offers education to more than 286,645 students in 278 Agency schools across Gaza.

The Second Intifada began soon after and the resulting Israeli siege on the Strip prevented Loay from seeing his family for 10 years, between 2002-2012. The continued siege limits his access to them and makes it impossible for his family to visit him in the US and celebrate his achievements.

Highlighting Loay’s success in his recent address to the 156th League of Arab States Council Meeting, UNRWA Commissioner-General Phillipe Lazzarini said: “Loay’s achievements are impressive and a tribute to a mix of brilliance and bravery that he possesses. Leaving Gaza as a youth and not being able to see his family for years did not stop Loay from achieving his dream: he went from Gaza to NASA! What an inspiration to thousands of young people and young refugees. The sky is indeed the limit for the hopes and dreams for this next generation of artists, scientists and everything in between.”

Watch this video to learn more about Loay and his journey.