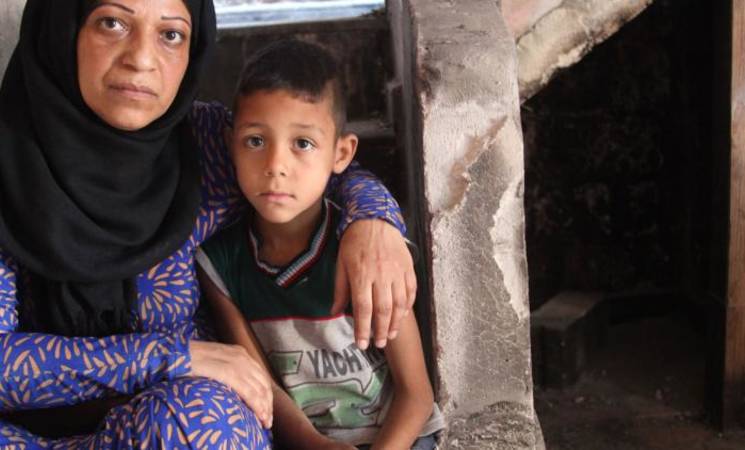 UNRWA today appealed to donors for US$ 414 million to meet the critical humanitarian needs of Palestine refugees affected by the conflict in Syria, which is now entering its sixth year. The Agency’s 2016 Emergency Appeal for the Syria Regional Crisis aims to support 450,000 Palestine refugees inside Syria, as well as the 60,000 who have fled to Lebanon and Jordan.

“In the midst of the broader Syrian tragedy, and with just two days to go before the London donors’ conference, it is critical that the plight of the Palestine refugee community is not underestimated or forgotten,” urged UNRWA Commissioner-General Pierre Krähenbühl.

Palestine refugees have been dramatically affected by the crisis due to their proximity to conflict areas inside Syria, high rates of poverty and the tenuous legal status of those forced to flee to Lebanon and Jordan.

Over 60 per cent of those remaining inside Syria (280,000 people) are internally displaced, and an estimated 95 per cent (430,000) are in need of sustained humanitarian assistance. This includes tens of thousands who are trapped in areas of active conflict, with extremely constrained access to humanitarian assistance. Around 42,000 Palestinian refugees from Syria (PRS) have fled to Lebanon and 18,000 to Jordan where they face a marginalized and precarious existence.

Despite major operational challenges caused by the conflict, UNRWA is able to provide emergency assistance alongside its well-established programmes in health, education, relief and social services, infrastructure and camp improvement, and microfinance. Delivered by nearly 4,000 staff members, the vast majority of whom are Palestinians, this support provides a critical lifeline in the face of growing hardship and peril.

“Acute and protracted conflict environments such as Syria call for both immediate humanitarian aid and longer-term development responses,” said Krähenbühl. “UNRWA offers both of these as part of one sustained intervention.”

“Our ability to respond to the mounting needs of Palestine refugees affected by the conflict in Syria depends on the generosity of donors and host governments alike. We urge donors to maintain and increase this support in 2016 to mitigate the worst humanitarian impacts of the conflict, enhance the protection of civilians and prevent further suffering,” said the Commissioner-General, adding, "It should be a priority to assist people in the Middle East."

You can help Palestine refugees coping with the crisis in Syria by donating to the UNRWA Emergency Appeal for the Syria Regional Crisis [Press here].