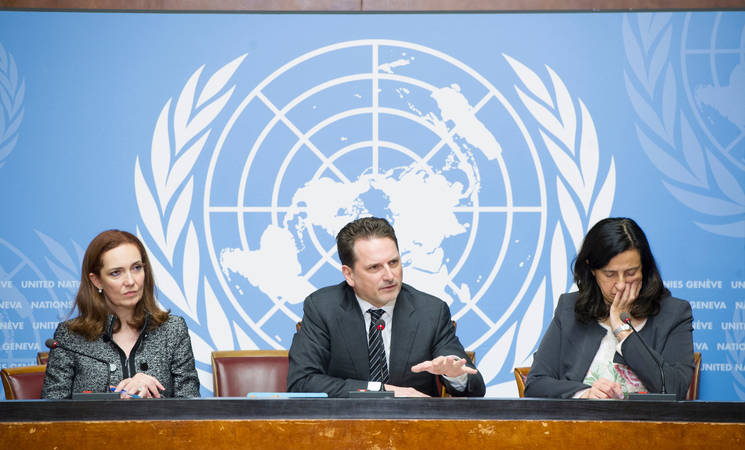 The United Nations Relief and Works Agency for Palestine Refugees in the Near East (UNRWA) launched today two international appeals totaling US$ 813 million to fund the emergency response to the crisis in the occupied Palestinian territory, including East Jerusalem, and to meet the critical humanitarian needs of Palestine refugees affected by the conflict in Syria, including those displaced into Lebanon and Jordan. UNRWA Commissioner-General Pierre Krähenbühl said: “1.6 million Palestine refugees, who are more insecure than ever and whose needs are growing, require our resolute action. I call for urgent and generous support from the international community.”

The Agency’s 2017 Emergency Appeal for the occupied Palestinian territory, totalling US$ 402 million, aims to address the priority humanitarian needs of Palestine refugees in both Gaza and the West Bank, including East Jerusalem.

The Agency’s 2017 Emergency Appeal for the Syria Regional Crisis in the amount of US$ 411 million aims to provide humanitarian assistance, protection and basic services to 430,000 Palestine refugees inside Syria and in dire need of sustained assistance, as well as over 30,000 who have fled to Lebanon and  nearly 17,000  who have fled to Jordan, where they face a precarious existence.

With its dynamic and flexible operations, carried out by 4,000 mainly Palestinian staff, UNRWA is the largest direct provider of assistance to Palestine refugees affected by the Syria conflict. Interventions include cash assistance, water and sanitation, food and essential non-food items, shelter, health, education, livelihoods, microfinance and protection.

The Commissioner-General pointed out that “behind these daunting figures are real lives, such as that of Rana, a twelve-year-old UNRWA Palestinian student from Syria. A year ago her leg was destroyed in a double car bomb attack near her home in Qabr Essit refugee camp. UNRWA provided her with an artificial leg and helped her with the recovery process through physiotherapy, counselling and home adaptations. Thanks to the collaborative work of our health, education, and social services teams, she is reclaiming her life.”

There are many Ranas across Syria and UNRWA, with the support of the international community, remains committed to fostering dignity amid the most dramatic circumstances.