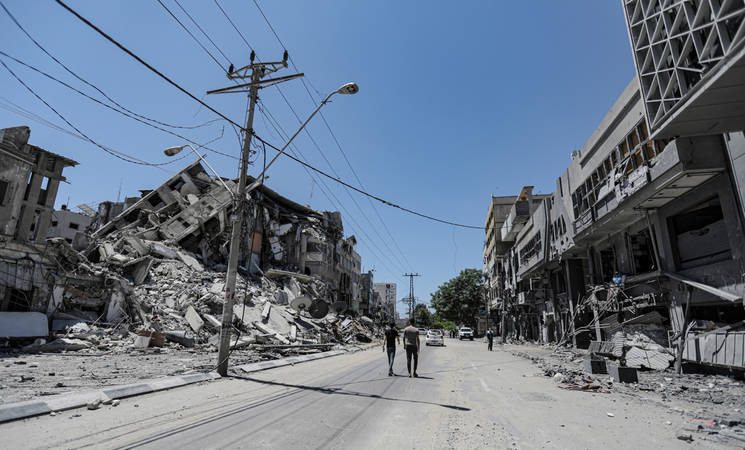 The United Nations Relief and Works Agency for Palestine Refugees in the Near East (UNRWA) urgently requires US$38 million to cover the most urgent humanitarian needs of affected populations in Gaza and the West Bank, following the dramatic intensification in violence in the occupied Palestinian territory (oPt) in recent days. This includes the escalation of hostilities leading to massive Israeli airstrikes on Gaza, which began on 10 May, and clashes in the West Bank, including in East Jerusalem. The humanitarian emergency in both Gaza and the West Bank is exacerbated by the COVID-19 pandemic.

“I am shocked by the number of civilian lives already lost and infrastructure already destroyed in Gaza,” said the UNRWA Commissioner-General Philippe Lazzarini.  “I am just as shocked at the excessive use of force at demonstrators in the West Bank, including East Jerusalem.  UNRWA has immediately stepped up an emergency humanitarian response and needs financial support to scale it up to the level of acute needs of the impacted populations.”

The Flash Appeal outlines the priorities to respond to the immediate food, non-food, health, psychosocial, and other urgent needs following the massive bombardments in Gaza. Psychosocial support and protection measures for vulnerable groups and especially children and women will be implemented. UNRWA will assess subsequent needs, including shelters rehabilitation and support to livelihoods, once the security situation permits and will adjust its response and budgetary requirements.

UNRWA also reiterates its call for the opening of the crossings to allow both humanitarian supplies and humanitarian workers to enter Gaza. “There is no reason to prevent access and weaken critical assistance to the most affected people,” added Mr. Lazzarini, who is still awaiting urgent Israeli approval to cross into Gaza. “A humanitarian truce is desperately needed to allow assistance to the people in Gaza including those having fled their homes.”

The appeal also contains a component of emergency needs in the West Bank, including East Jerusalem, in the sectors of health, shelter, education, security and protection, where needs have risen because of the mounting tensions.

Palestine refugees in the West Bank, including East Jerusalem, face daily clashes and significant unrest in urban areas, refugee camps, and around checkpoints, increased settler violence, restricted movement and the ongoing threat of COVID-19.  The ongoing protests and confrontations across the West Bank, are generating additional humanitarian and protection needs amongst Palestine refugees.

Under the Flash Appeal, UNRWA is requesting support to maintain the provision of essential health services and for emergency first aid, as needed; enhance the provision of psycho-social support (PSS) including for school children; deliver multipurpose cash assistance to vulnerable refugee families whose properties have sustained damage from confrontations; and to ensure that UNRWA staff are able to continue providing services safely and securely to vulnerable refugees in need.  Lastly, UNRWA – with a clear protection mandate for over 860,000 Palestine refugees in the West Bank - will continue to document violations, advocate for their protection, and promote their rights.

“The fighting must stop immediately,” said the Commissioner-General. “The escalation across the occupied Palestinian territory is the direct consequence of the failure of the international community to resolve this conflict, including a just and lasting solution for Palestine refugees. It is the direct consequence of decades of displacement, occupation and blockade. It reminds all of us that the status quo is untenable. Until there is a just solution to the plight of Palestine refugees, we remain unwavering in our commitment to serving them in this time of crisis.”