Home » Newsroom » Press Releases » UNRWA Launches US$ 800 Million Emergency Appeal for Syria, Gaza and the West Bank
Back to Newsroom

UNRWA Launches US$ 800 Million Emergency Appeal for Syria, Gaza and the West Bank 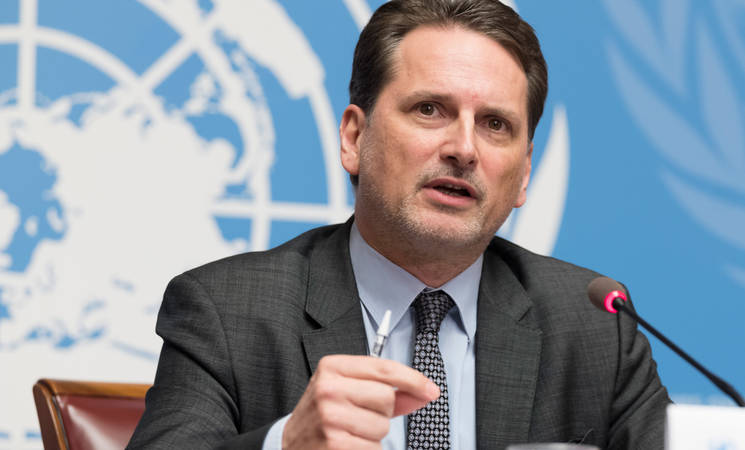 The United Nations Relief and Works Agency for Palestine Refugees in the Near East (UNRWA) has launched an appeal for its emergency programmes of over US$ 800 million; approximately US$ 400 million each for Syria and the occupied Palestinian territory (oPt), which consists of Gaza and the West Bank. The appeal also covers some 50,000 Palestine refugees from Syria who have fled to Lebanon and Jordan.

At a launch event in Geneva, UNRWA Commissioner-General, Pierre Krähenbühl, explained that the majority of Palestine refugees in the occupied Palestinian territory and from Syria “rely on UNRWA to provide aid which is literally life-saving, including food, water, shelter and medical assistance. Our appeal,” he said, “enables UNRWA to continue delivering desperately needed relief to those affected by deepening emergency situations. However, the Agency’s critical financial crisis following the reduction in US funds threatens our ability to deliver these vital services.”

Inside Syria, UNRWA is reaching over 400,000 Palestine refugees with cash assistance, one of the largest such programmes in an active conflict setting anywhere in the world. Despite the immense security challenges, UNRWA is providing education to over 47,000 Palestine refugees, supplementing regular classes with psychosocial support and safety-awareness training. For those unable to reach our classrooms, UNRWA has developed distance-learning materials.

In Gaza, with employment opportunities stifled by the decade-old blockade – the unemployment rate remains among the highest worldwide – almost one million Palestine refugees are dependent on UNRWA for emergency food assistance, a tenfold increase on the 100,000 that required such support in 2000. Three and a half years on from the 2014 hostilities, which caused unprecedented destruction and loss of life, thousands of Palestine refugee families remain displaced and repairs to over fifty thousand homes have yet to be completed.

The situation in the West Bank, including East Jerusalem, remains fragile. Palestine refugees continue to experience difficult socioeconomic conditions rooted in occupation-related policies and practices imposed by the Israeli authorities. In addition to continued movement and access restrictions and shelter demolitions, Palestine refugees in the West Bank experience high levels of food insecurity.

Mr. Krähenbühl stressed that “supporting UNRWA emergency appeals is not a substitute for an urgently needed political solution to the underlying conflict. It is, however, fundamental to sustaining the dignity and strength inherent in the Palestine refugee community.”

A week ago, in response to an unprecedented financial crisis, UNRWA launched the global fundraising campaign #DignityIsPriceless.  For more details, visit www.unrwa.org/donate .