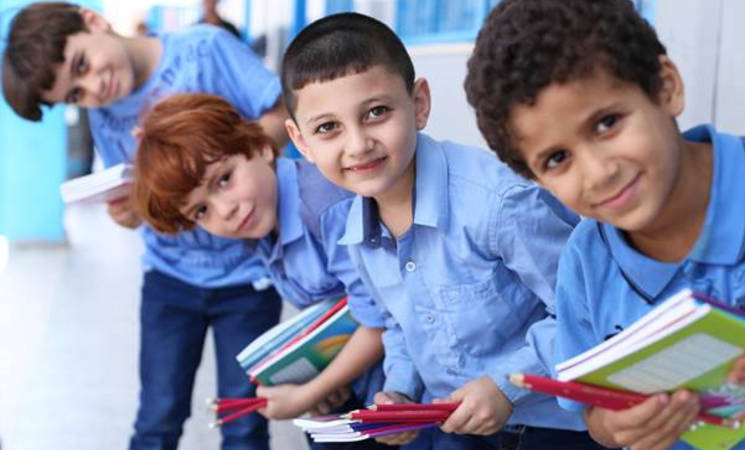 The UNRWA education programme in Gaza has worked hard to prepare for the start of the 2016/17 school year this week, ensuring that Palestine refugee children have the opportunity to learn through classroom education.

UNRWA is giving students returning to its schools free school supplies, including Arabic and English exercise books, pens and pencils.

There are 8,529 dedicated UNRWA teachers who facilitate the education of Palestine refugee students in all five areas of the Gaza Strip, led by 247 school principals and 265 deputy school principals.

Students return after a summer break that commenced in late May. To provide further support during the summer break, the summer learning programme ran in 120 learning centres for three weeks.

Moreover, as the community continues to cope with the aftermath of the 2014 conflict, the summer fun weeks were held for three weeks following Ramadan. This provided an opportunity for refugee children in the Gaza Strip to access psychosocial support and gave them a chance to play and just be kids.