UNRWA raises alarm on the situation of Palestine refugees in Lebanon 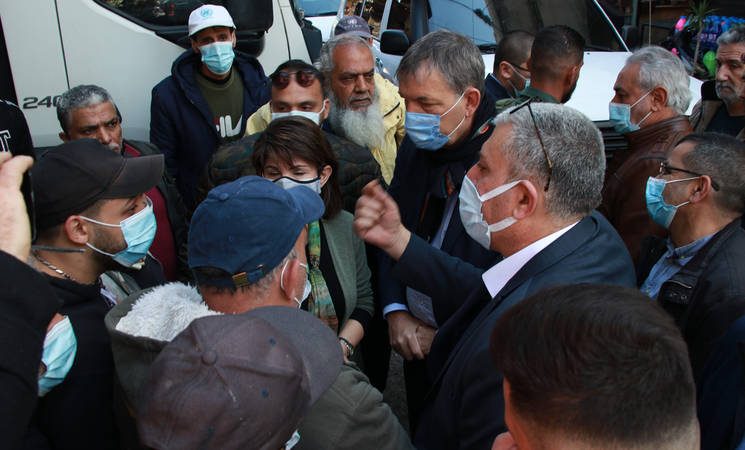 “Palestine refugees are suffering immensely.  The misery that I witnessed in the last two days in Ein el-Hilweh and Nahr el-Bared camps is unfathomable,” said UNRWA Commissioner-General Philippe Lazzarini during his visit to the country.  “I am also aware that the entire country is plunged into its worst crisis since the civil war. Everyone, Lebanese and others, is struggling. It is disheartening to come back to such a meltdown,” said Mr. Lazzarini, who previously held a senior UN position in Beirut.

Palestine refugees in Lebanon get health, education and social services from UNRWA. The most vulnerable, including Palestine refugees who fled from Syria, get financial assistance to buy food and other basic necessities. But with the current financial crisis, most Palestine refugees have found themselves slipping further into destitution. The “dollar crisis” in Lebanon, where the official exchange rate of the US dollar against the Lebanese pound is nearly ten times lower than the black-market rate, has seen the purchasing power of the UNRWA cash assistance slashed tenfold.

UNRWA is urgently seeking to help Palestine refugees by providing them with emergency cash assistance in US dollars and a strengthened COVID-19 response to limit the spread of the virus in camps. It is also seeking funds to finish the reconstruction of the Nahr el Bared refugee camp in the north of the country near Tripoli, which was destroyed in 2007 when fighting broke out between the Lebanese Armed Forces and Fatah al-Islam, a militant group.

“What do you answer someone who says that they have three options: die from COVID-19, die from hunger or take to the sea, hoping to start a new life on the other side of the Mediterranean?” asked Mr. Lazzarini. “No one should be made to feel so desperate. The entire country is shaken by layers of crisis, so as the head of the UN Agency for Palestine refugees, I am calling urgently on donors and supporters to help an extremely vulnerable community in a country where everyone is suffering. A little can go a long way in the case of Palestine refugees in Lebanon, and I am calling on the international community to help ensure they can live in dignity and maintain stability in the camps.”

Even before the pandemic and the financial meltdown of Lebanon, Palestine refugees lived in poverty and faced systemic restrictions that limited their employment, property ownership and, at times, movement. Joblessness has been high in Palestine refugee camps for many years, but the collapse of the Lebanese economy in the last few months has left many of them feeling desperate, especially as UNRWA has been struggling with an acute financial crisis itself. COVID-19 has been the latest in a series of recent devastating blows to a community that has suffered marginalization and uncertainty for decades.