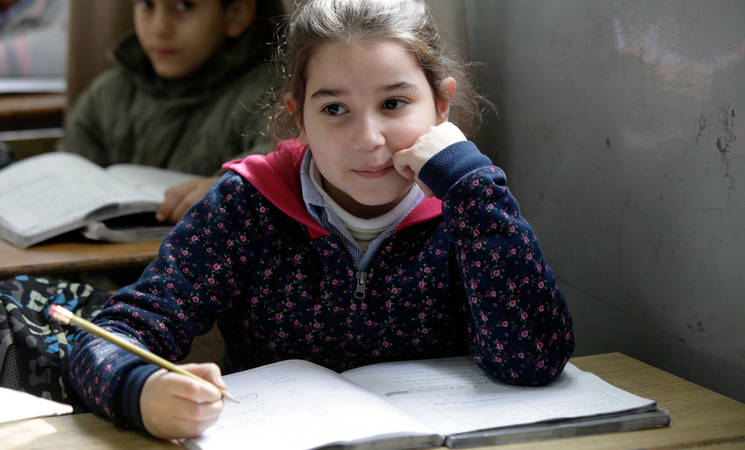 The Government of the United Arab Emirates (UAE) has stepped forward with a generous US$ 15 million contribution in support of the critical UNRWA education programme. The pledge comes at a crucial time, as a US$ 101 million funding shortfall had put at risk the start of the school year for the 685 UNRWA schools that serve 500,000 students in Gaza, the West Bank, Jordan, Lebanon and Syria.

“Education is a fundamental right for children everywhere in the world, and it should never have come to the point where the UNRWA school year risked being delayed because of a funding shortfall for the core UNRWA budget,” said Pierre Krähenbühl, Commissioner-General of UNRWA. “The government of the UAE, through the Ministry of International Cooperation and Development, responded to our call for support with a pledge of US$ 15 million, without which the start of our school year would have been at risk.”

The Commissioner-General added: “So it is with deep appreciation that I thank the people and the government of the UAE on behalf of the half a million boys and girls who will be starting the school year on time. Your generosity and solidarity has made this possible.”

The UAE has long been an important and consistent donor to UNRWA. This latest commitment comes in addition to their annual contribution of US$ 1.8 million to the Agency’s core activities and to the many projects funded by UAE foundations. The UAE is also an actively engaged member of the UNRWA Advisory Commission, of which it became a member in 2014.