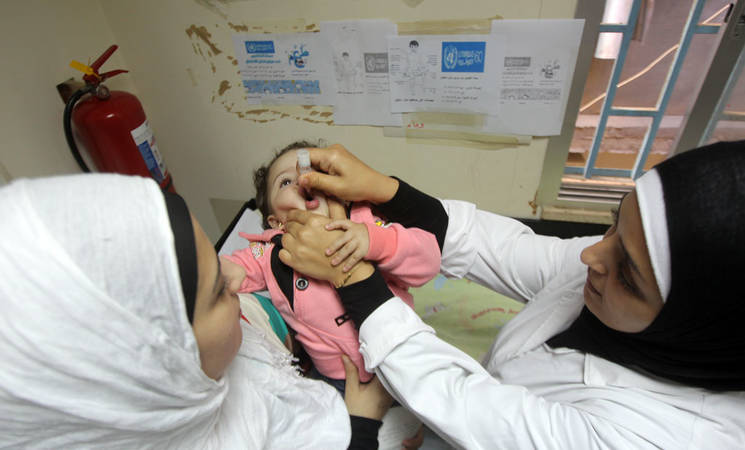 The Agency will maintain the increased 60 percent coverage for tertiary care with the increased ceiling of US$ 5000 to help Palestine refugees cope with the trend of growing catastrophic health expenditures.

UNRWA also confirms that the Medical Hardship Fund that was announced on 26 February has been operationalized in line with the Agency’s pro-poor approach contained in its Medium Term Strategy for 2016 to 2021. This fund will subsidise the secondary copayment for those living in abject poverty to give them 100 percent in secondary care.

Commenting on this decision, Director of UNRWA Affairs in Lebanon Matthias Schmale said: “The decision to increase the percentages came as a result of intense discussions with hospitalization experts which were guided by the strong concerns voiced by refugees about the cost-sharing element introduced at the beginning of this year. This is a significant improvement in a very resource-constrained environment. We are grateful for the support and advice Palestinian, Lebanese and UN leaders have given over these past few months.

"Given the needs resulting from enduring high rates of poverty among the Palestine refugees, we will now start a second phase of consultation with experts to explore ways to best implement further improvements in our health and hospitalization support work. And on the back of recent successful fundraising efforts linked to our Medical Hardship Fund, the humanitarian assistance to Palestine refugees from Syria and the Nahr el-Bared reconstruction effort , we will also continue to mobilise resources for UNRWA services and programmes that are needed more than ever.”

With the changes introduced in January 2016, UNRWA brought a number of important benefits, including greater sustainability and increased support for tertiary care, which has been a long-standing request from Palestine refugees living in Lebanon.

The January announcement led to strongly-voiced concerns from refugees about the cost-sharing element and resulted in protests and forceful closure of UNRWA installations. UNRWA took the community concerns seriously and engaged in a meaningful dialogue process with the leadership of the Palestine refugees through a technical working group of experts to review the policy’s implementation. To ensure space for such dialogue, the Agency suspended the implementation of the cost sharing element of the hospitalization policy until end of May 2016. The current refined policy is based on the experts’ discussions.