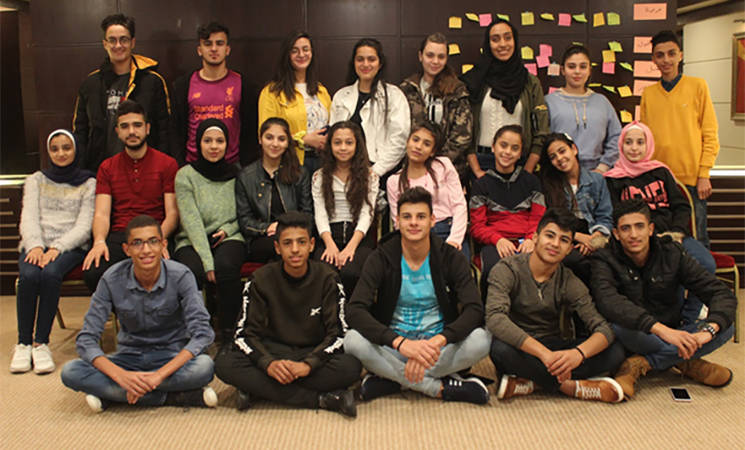 On November 23, the 22 newly elected members of the third Agency-wide Student Parliament (ASP), representing all of the Agency’s fields of operation – Gaza, Jordan, Lebanon, Syria and the West Bank, including East Jerusalem, came together for a four-day workshop held in Beirut.

At the workshop, participants explored topics such as democratic practices, leadership, participation, decision-making, and communications. The students developed their work-plan to guide the activities of the ASP over the coming year. They also elected a President, a Vice-President and a Secretary.

Fourteen-year-old Mohammad Al Farra from Gaza was elected the President of the ASP. Following the announcement of the election results, Mohammad said, “I am very happy that my colleagues put their trust in me and I also feel a great responsibility.” Fifteen year-old Dala’ Loubani from Lebanon was elected Vice-President andthirteen year-old Ghaith Sulaiman from Syria assumed the position of Parliament Secretary.

The Agency-wide Student Parliament was first established in 2017, providing an opportunity for UNRWA students to work together to support their communities and advocate for their rights locally, regionally, and globally. This Agency-level platform builds on the school-level student parliaments operational in UNRWA schools since 2001.