UNRWA Thanks EU for Support 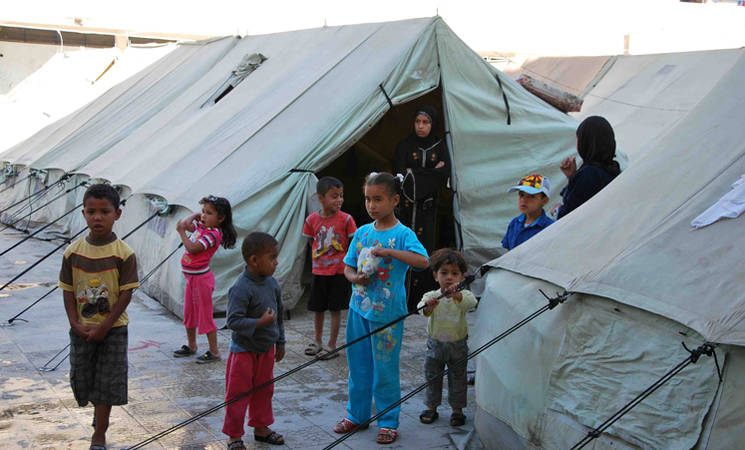 The European Union (EU) has announced a new contribution of EUR 16 million (US$ 21.9 million) to the United Nations Relief and Works Agency for Palestine Refugees in the Near East (UNRWA). This donation brings total EU support to UNRWA in 2013 to EUR 153.5 million (US$ 209.8 million). Including separate contributions from EU Member States, 41 per cent of the Agency’s funding in 2013 came from Europe.

The latest generous contribution comes in response to the worsening situation in Syria and the increasing numbers of civilian deaths and casualties, including among Palestinians and humanitarian workers. 20 staff members are currently detained or missing.

In spite of the extreme circumstances, UNRWA continues to provide important education, health and poverty-mitigation support to the country’s 540,000 registered Palestine refugees. The insecurity, displacement and increased poverty caused by the conflict have rendered an estimated 440,000 of them in dire need of additional humanitarian relief.

The latest contribution from the EU will support all aspects of UNRWA work in Syria. UNRWA Commissioner-General Filippo Grandi expressed the Agency’s gratitude, saying: “On behalf of UNRWA and the refugees we serve, I would like to praise the European Union for having provided crucial support to UNRWA’s work in Syria at a time of great financial pressure. It shows, once more, that the European Union appreciates the importance of assisting Palestine refugees throughout the region and has trust in the work of UNRWA.”

With this donation and contributions from other donors, the shortfall in the UNRWA General Fund has substantially decreased allowing the Agency  to pay staff December salaries before the end of the month. The situation however remains fragile, and austerity measures remain in place.  UNRWA appeals to other donors, especially states in the region and its new partners, to follow the example of the European Union and help the Agency ensure that it is able to continue its work with Palestine refugees.