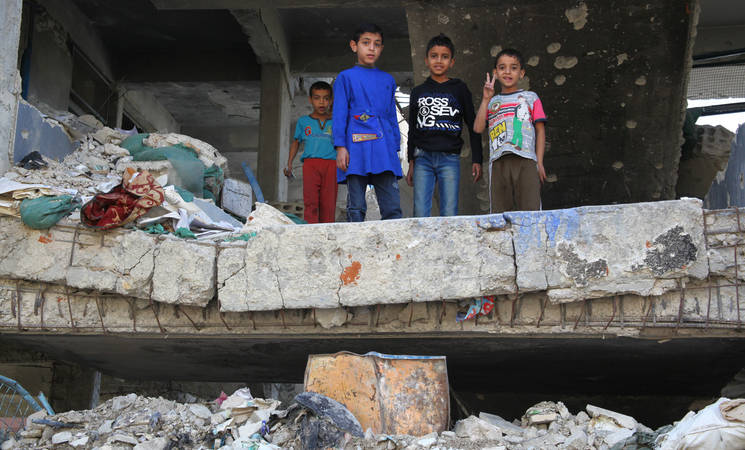 Through #VoicesfromSyria, UNRWA is sharing six stories of Palestine refugees spanning three generations describing details of daily life in Syria. The narratives reveal extraordinary resilience, and hope is encapsulated in the song, ‘Dreaming of the Future’, recorded for the campaign.

Entering its seventh year, the Syria conflict has created over 4.8 million refugees and caused the displacement of an estimated 6.5 million within the country. During 2016, the conflict continued with brutal intensity, while efforts to reach a political solution failed. Amid this unconscionable bloodshed and destruction, Palestine refugees are among the worst affected. Over 60 per cent of the 450,000 Palestine refugees inside Syria are displaced, while 28,900 are trapped in besieged and hard-to-reach areas.

The crisis has affected three generations of Palestine refugees. The first generation originally fled from northern Pal­estine in 1948 and subsequently others came from the Golan Heights in 1967 and from Lebanon at the height of the civil war in 1982. Once again, Palestine refugees find them­selves in the midst of horrifying conflict.

Support the Agency’s message of solidarity #forPalestinerefugees and go to www.unrwa.org/voicesfromSyria to hear from the stories of six refugees spanning three generations and a song for the future.