UNRWA works to strengthen its long-term partnership with Cisco Academy 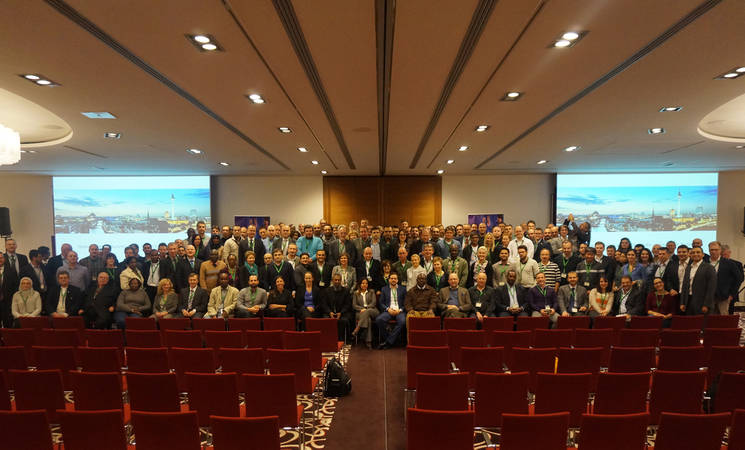 Building on the ongoing work and partnership with the Cisco Academy, which has been in effect since 2001, the United Nations Relief and Works Agency for Palestine Refugees in the Near East (UNRWA) participated in the Cisco Networking Academy Partners Summit, which was held in Berlin, Germany, from 14 to 18 November 2016. The event brought together more than 200 representatives of Cisco partners from the Middle East, Europe, Africa and Russia in order to address the global challenges facing the Internet and networking technologies.

At the Summit, UNRWA was represented by Dr. Ayman Murad, Head of IT, Partnerships, Innovation and Programmes Support Section, who presented the Agency’s initiative to offer the Cisco Internet of Things (IOT) training to all UNRWA staff.

“The IOT initiative started in Jordan and the plan is to scale it up for the remaining UNRWA fields of operations in the coming four years,” said Dr. Murad. He also presented an innovative proposal to  make this training available to all Palestine refugees through the establishment of an initiative between internet service providers, the Cisco Networking Academy programme and the programme’s implementation partners. The initiative has been well-received from participants and it has been agreed to conceptualize it with the Cisco management in the coming months, facilitating further collaboration with Cisco Academy.

Last month, UNRWA was also actively engaged with the Cisco Academy Partners Conference, which was held under the patronage of HH Princesses Sumaya bint al-Hassan from 1 to 2 November in Amman. At that meeting, UNRWA was awarded the Cisco Shield, in recognition of its long-term strategic partnership.