Home » Newsroom » Press Releases » US Pledges US$ 57.4 million to Support Palestine Refugees Affected by Syria Crisis
Back to Newsroom

US Pledges US$ 57.4 million to Support Palestine Refugees Affected by Syria Crisis 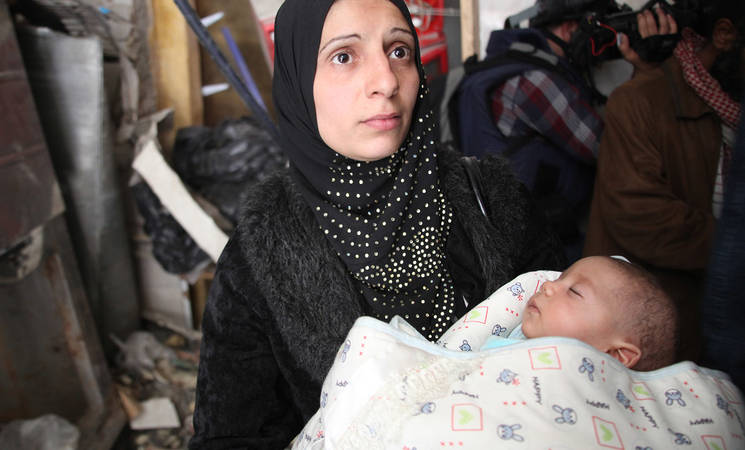 The United States Government has announced a new US$ 57.4 million contribution to enable UNRWA to continue aiding Palestine refugees facing hardship, danger and dislocation because of the crisis in Syria.  The United States is the largest bilateral donor to UNRWA, funding lifesaving assistance to people who have survived more than four years of the Syrian conflict.

Welcoming the donation, UNRWA Commissioner-General Pierre Krähenbühl said, “After four years of war and suffering, the living conditions of Palestine refugees affected by the crisis in Syria are in so many ways unbearable. Visiting Syria earlier this month, I saw with my own eyes that their sense of despair, dispossession and acute anxiety. We are grateful for the generous contribution of the United States, which is essential for UNRWA to provide much needed support and a measure of dignity.”

The US State Department’s Assistant Secretary of State for Population, Refugees, and Migration, Anne Richard said, “The United States is committed to doing all it can to deliver urgently-needed humanitarian aid to civilians endangered and uprooted by Syria’s brutal war. UNRWA staff risk their own safety every day to provide a lifeline to Palestinian families that are suffering and in need.”

UNRWA is appealing for US$ 415 million to meet the minimum needs of Palestine refugees affected by the Syria crisis in 2015. The current pledged support for the 2015 UNRWA Syria Emergency Appeal stands at US$ 74.6 million.

The United States announced its new contribution on 31 March in Kuwait City at the third annual International Humanitarian Pledging Conference for Syria.  Since the crisis began in 2011, the United States has contributed more than US$ 240 million to UNRWA emergency appeals for Syria, part of the nearly US$ 3.7 billion total provided by the United States to assist those affected by the conflict in Syria over the past four years.