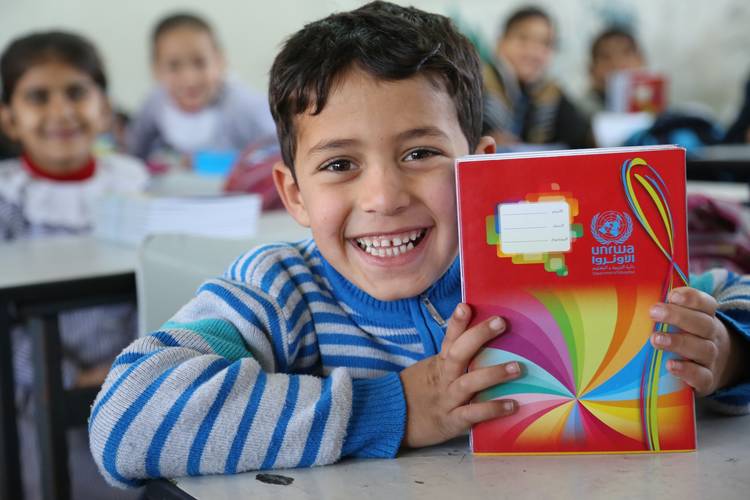 In the summer of 2015, UNRWA faced an unprecedented financial shortfall that delayed and jeopardized the opening of the Agency’s 685 schools in its five fields of operations. In line with its mission of helping deprived populations, the Al-Khair Foundation made an initial contribution of GBP 500,000, which proved all the more extraordinary given its crucial timing.

The generous contribution from Al-Khair Foundation directly impacted thousands of refugee children as it covered the running costs of the Daraj Elementary schools in Gaza for the entire scholastic year 2015/16, including teachers’ salary and student textbooks.

The Al-Khair Foundation is among the largest Muslim charities in the UK and works internationally to provide development and relief assistance to some of the most deprived populations. Since 2003, the organization has worked in a number of fields, particularly with regard to education, health-care services and shelter.

Over the years, the Al-Khair Foundation has helped thousands of people across the world help themselves by helping ensure quality primary education for all. Education has traditionally been a priority for Al-Khair and is also the Agency’s largest programme, representing over 50 per cent of UNRWA expenses. As such, it has been the obvious field for collaboration since a partnership agreement was signed between UNRWA and Al-Khair in 2015.

“Partnering with UNRWA is a crucial part of our objective to enhance the impact of our work in the Middle East and provide programmes that improve the lives of those who need our help the most.” – Imam Qasim Rashid Ahmad, Chairman and Founder of Al-Khair Foundation

Read a news story about the agreement between UNRWA and Al-Khair.