Following the destruction of Nahr el-Bared Camp in 2007, the homes, commercial properties and NGO and community facilities of the Palestinian community were left in ruins. The UNRWA Compound housing the Agency’s health clinic, schools and relief office, was also completely destroyed. Nearly 27,000 Palestine refugees from NBC were forced to abandon their homes.

Four years later, much of the community remains uprooted and is predominantly reliant on UNRWA’s assistance. As of September 2011, 369 apartments have been handed over to NBC displaced families. However, the remainng families are still residing in temporary accommodations in nearby Beddawi camp, and in the NBC adjacent areas.

UNRWA is currently managing the reconstruction of NBC while concurrently providing relief and recovery assistance to the displaced families. These activities are made possible by the support of the international community. 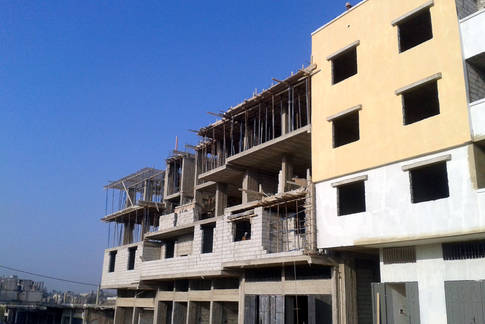 The UNRWA Medical Hardship Fund at work in Lebanon
An open letter from the Acting Commissioner-General of UNRWA to the Palestine refugee community
EU Healthy Kids promotes positive, healthy habits in Lebanon
The UNRWA Innovation Lab Helped Me Turn My Dream into a Successful Project
Lebanon: UNRWA Humanitarian Snapshot, November & December, 2019
A Journey Into the Lives of Palestinian Refugees from Syria in Lebanon
Youth Strategic Framework for Palestine Refugees in Lebanon