On 1 November, approximately 70 Israeli armoured vehicles entered Beit Hanoun in north eastern Gaza marking the start of an operation codenamed Autumn Clouds, the stated aim of which was to counter the firing of home-made rockets into southern Israel.

On 2 November, the Israeli army informed the UN that a 'humanitarian corridor' would be provided along Khalil Al Wazir Street, the main southern entrance to Beit Hanoun. All movement along the corridor, which became the only entry point for international agencies, required prior co-ordination with Israeli forces. The curfew left local people very reliant on international relief agencies for food, water, powdered milk, fuel and hygiene kits. These agencies were overwhelmed by the desperate need they found for supplies and experienced difficulties in distributing relief during the periods when the curfew was relaxed. 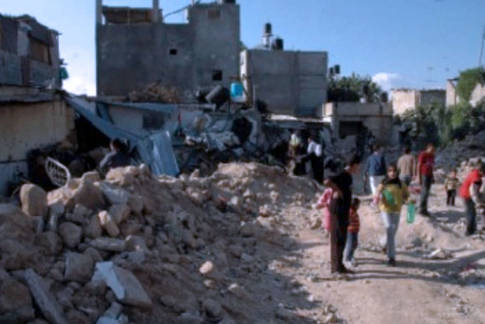