Home » Emergency Appeal for Northern Lebanon
Back to Resources

On 20 May 2007 fierce clashes between the radical group Fatah al Islam (FAI) and the Lebanese Army (LA) erupted in Tripoli (northern Lebanon) and quickly spread to the nearby Nahr el-Bared camp (NBC). Due to the fighting, over 30,000 Palestine refugees fled their homes in and around NBC, most taking refuge in the neighbouring Beddawi Camp and other Palestine refugee camps in Lebanon. The struggle for control of Nahr el-Bared, which involved heavy aerial and artillery bombardment, was the most serious case of internal fighting in Lebanon since the end of the Civil War in 1990. The Government of Lebanon declared an end to hostilities on 2 September after a three month campaign during which 169 soldiers, 287 combatants and 42 civilians were killed.

Camp facilities have been seriously damaged in the course of the fighting with currently available estimates suggesting that up to 85 percent of the camp infrastructure has been fully or partially destroyed. Water services in the camp are almost certainly no longer functioning and most of the water reservoirs and tanks that serve the camp have been severely damaged.

As a consequence of the displacement from NBC (where virtually no civilians remain), the population of Beddawi Camp increased from 16,000 to more than 30,000 exacerbating the already congested living conditions of the residents and overburdening the existing infrastructure. The extent of the hostilities has placed severe pressure on the refugee families hosting those displaced from NBC having scarce resources and thus reliant on cash or in-kind assistance for their basic needs. 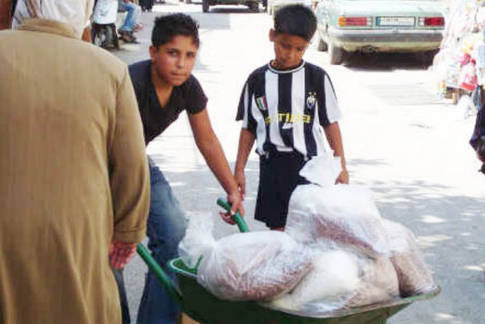