The July 2006 war led to the mass displacement of around 900,000 civilians – nearly one quarter of Lebanon’s population – who were forced to flee their towns and villages as a result of the Israeli bombing campaign of residential areas, particularly in the south and in Beirut’s southern suburbs. Israeli aerial bombardments of infrastructure and public facilities caused extensive damage or destruction to bridges, road networks, hospitals, schools, power plants, seaports and fuel depots. Entire communities, particularly in the south and the Beqa’a Valley, became inaccessible.

At the start of the crisis the United Nations Country Team (UNCT) met to plan a response and an Inter-agency Flash Appeal for Lebanon was launched soon after the beginning of hostilities to respond to the emergency. The Flash Appeal aimed at covering the immediate humanitarian needs of the Lebanese population affected by the war and initially requested some US$155 million. As a result of a more detailed needs assessment it was revised to US$7.2 million after the cessation of hostilities on 14 August 2006. 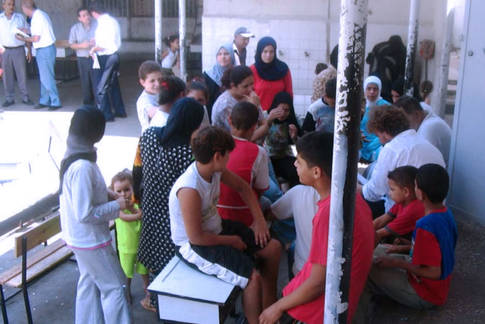