In 2016, Palestine refugees across the occupied Palestinian territory (oPt) faced continued Israeli occupation, repeated violations of human rights and high levels of violence. In Gaza, the political and security situation remains volatile. 6,750 Palestine refugee families remain displaced as a result of the 2014 hostilities and repairs to tens of thousands of homes have yet to be completed. The Gaza blockade, which will enter its eleventh year in June 2017, has led to one of the highest unemployment rates worldwide.

The situation in the West Bank is increasingly precarious. Palestine refugees continue to experience difficult socioeconomic conditions rooted in occupation-related policies and practices imposed by the Israeli authorities. These include a recent rise in the number of house demolitions, and access and movement restrictions. In addition, Palestinians continue to experience high levels of food insecurity, with those living in refugee camps particularly affected.

In 2017, UNRWA needs US$ 402 million for emergency interventions in the occupied Palestinian territory. 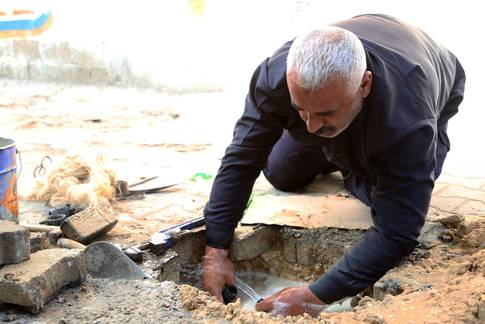