The current effort to rebuild Nahr el-Bared Camp (NBC) and the UNRWA Compound following the 2007 conflict is the largest project that UNRWA has ever implemented in any of its five fields of operation. The requirements of the project include the reconstruction of 5,223 homes, 1,696 commercial units, the UNRWA Compound, and all camp infrastructure, while simultaneously providing for the relief and recovery needs of NBC’s displaced residents. Yet despite its magnitude and complexity, the project has yielded significant gains. 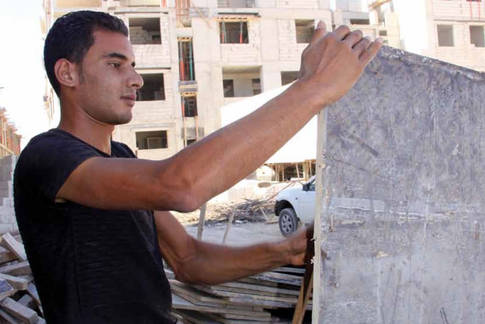 WORLD PREMIERE: UNITED AS ONE
A Palestine Refugee Family in the Grips of Lebanon’s Economic Meltdown
Lebanon: UNRWA calls for support for Palestine refugees, amongst the most vulnerable communities in the country
A Closer Look at the Work of UNRWA School Counsellors in Lebanon
Socio-economic Survey on Palestine Refugees from Syria living in Lebanon
syria regional crisis emergency appeal 2021
Decentralized project evaluation of “Strengthening the resilience of Palestine refugees from Syrian in Lebanon and Jordan” MADAD phase two