The Israeli Civil Administration is preparing plans for a centralized Bedouin Village in Area C of the West Bank. The village is one of a number of options being proposed by the Israeli authorities for the future of the West Bank’s mobile pastoralist community; the Bedouin. The majority of the Bedouin in the West Bank today are Palestine refugees, originating from tribal territories in what is now the Negev Desert. While government resettlement programmes have introduced Bedouin townships across the region, to date only one such project has been carried out by the Occupying Power targeting the Bedouin Palestine refugee population in the West Bank. The ‘Arab al Jahalin village—the focus of this report—is comprised of 150 Bedouin Palestine refugee families who were transferred out of their rural kinship groups in the eastern Jerusalem periphery into a centralized location in three stages between 1997 and 2007. As the Israeli authorities advance planning for the second such Bedouin village in the West Bank, it is to the residents of ‘Arab al Jahalin village that the remaining rural Bedouin Palestine refugees today are turning for advice and lessons learned as they call for international protection to reject any such transfers and to be returned to their traditional tribal territories in the Negev. 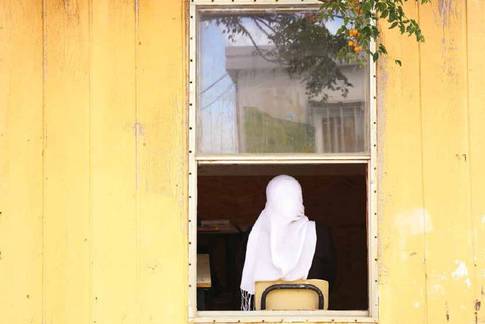