The number of Palestine refugees registered by UNRWA recently grew to 5.7 million (from 5.5 million in 2019) in all its five field of operations in Jordan, Lebanon, Syria, Gaza and the West Bank. Among them are Palestine refugees with disabilities, who have long-term impairments, which in interactions with attitudinal, institutional, and environmental barriers prevent their full and effective participation on an equal basis with others in society. Persons with disabilities constitute an estimated 15 per cent of the global population1, and may constitute a higher percentage in humanitarian contexts, such as Syria, the West Bank and Gaza, in particular, which are UNRWA fields of operations. 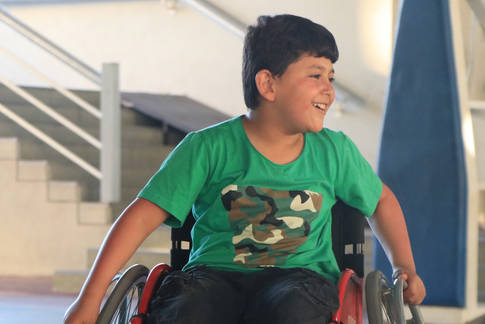