Home » Resources » Reports » gaza’s “great march of return”, one year on
Back to Resources

gaza’s “great march of return”, one year on

Palestine refugees make up two-thirds of the population of Gaza of nearly 2 million people. Between 30 March 2018 and 15 March 2019, the Great March of Return demonstrations (GMR) resulted in the largest number of injured persons since the 2014 hostilities. Among the casualties of the first year are 227 UNRWA students who were injured and 13 who were killed. Through the provision of life-saving medical care in its 22 health centres on the ground and through psychosocial counselling in our health centres and schools, UNRWA supports patients recovering from injuries sustained during the demonstrations. 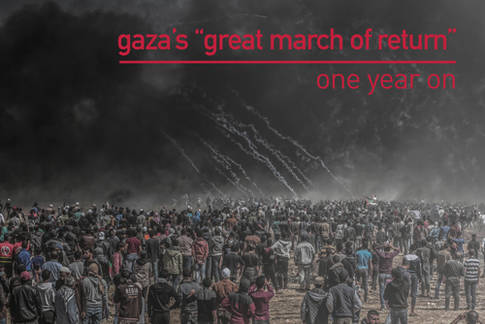