This mid-year progress report covers the period 1 January through 30 June 2019 and is intended to provide an update on results achieved under the full range of indicators included in the 2019 Emergency Appeal (EA) for the Syria regional crisis.

During the first six months of 2019, UNRWA provided lifesaving assistance and protection to more than 450,000 Palestine refugees affected by the Syria crisis inside Syria, Lebanon, and Jordan. UNRWA distributed cash assistance to 407,701 Palestine refugees in Syria, of whom 52.3 per cent were women, as well as to more than 28,300 PRS in Lebanon and 16,230 in Jordan. In Syria and in Jordan, cash assistance was provided using a targeted approach, according to which the most vulnerable Palestine refugees received a higher cash transfer value, while the remainder continued to receive a reduced amount. In Syria, the Agency also distributed emergency assistance to Palestine refugees affected by acute emergencies; those facing access constraints and refugees spontaneously returning to newly accessible areas. During the reporting period, emergency health care was dispensed through 17 health centres (HCs), five health points (HPs) and two mobile health clinics in Syria, while in Lebanon PRS continued to access health services through 27 UNRWA HCs. 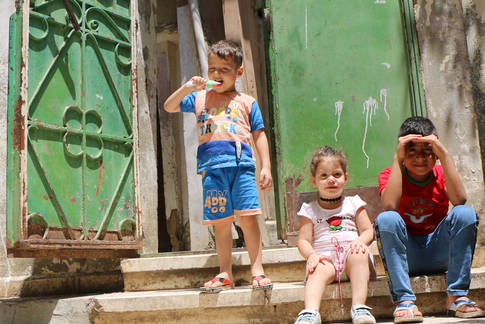