UNRWA was granted authorization to conduct a preliminary technical assessment in Dera’a camp in late October and early November 2018. The assessment revealed a great deal of destruction among UNRWA premises, including three schools and one health centre. About 400 Palestine refugee families have returned to the camp, and the number keeps increasing, even though basic infrastructure is not fully recovered. UNRWA is in the process of developing a plan to restore services in the camp; however the plan remains contingent on the rehabilitation of public infrastructure and the establishment of safe conditions including the clearance of ERW. 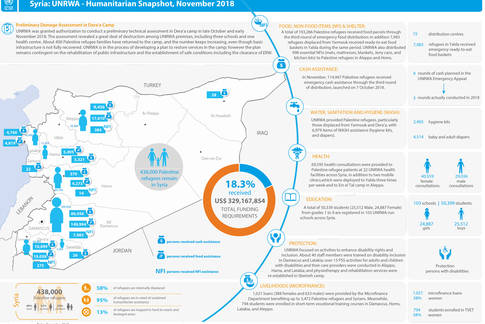