BACKGROUND TO THE PROJECT

In accordance with the “Renewable Energy and Energy Efficiency Law No. (13) of the year 2012”, Electric Power Wheeling projects are allowed. Under such a procedure, electricity generated by renewable energy is allowed to be developed by a consumer throughout connecting to a transmission and/or distribution network, in order to offset the electricity consumed by the same consumer during a billing period.

The United Nations Relief and Works Agency for Palestine Refugees (UNRWA) (hereafter referred to as ‘the Developer’) is planning to develop a 3 Mega Watt (MW) solar Photo Voltaic (PV) project (hereafter referred to as ‘the Project’) under the “Electric Power Wheeling” procedure. The Project will supply electricity for the UNRWA facilities in South Amman, North Amman and Zarqa area (to include but not limited to schools, health stations, administrative offices, etc. for a total of approximately 106 installations).

The environmental clearance process for the Project is governed by the Ministry of Environment (MoEnv) whom does not require any environmental assessment for solar PV projects that are less than 5MW in capacity (i.e. similar to this Project). However, the Developer will be seeking financial support from the German Government through the Kreditanstalt für Wiederaufbau (KfW) Development Bank, whom required an Environmental and Social Impact Assessment (ESIA) study for the Project. This document provides the main outcomes of the ESIA that was undertaken. 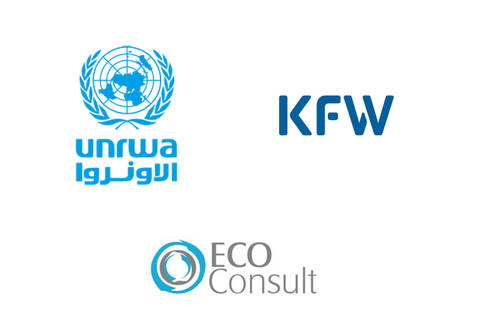